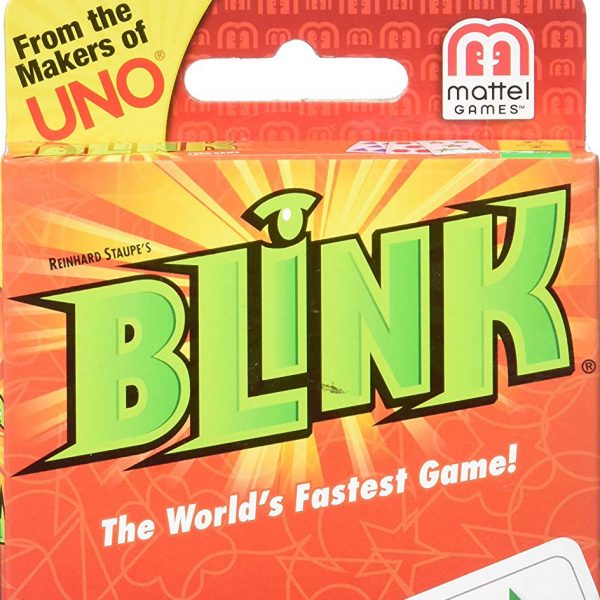 “The World’s Fastest Game” is all about sharp eyes, fast hands, and speed thinking. The goal is to match the shape, count, or color of cards as fast as possible. Great way to improve your reflexes, response time, and hand-eye coordination!

People sometimes get bored when playing common card games. But there are still some incredibly addictive card games that keep things interesting. Like Blink – The World’s Fastest Game! 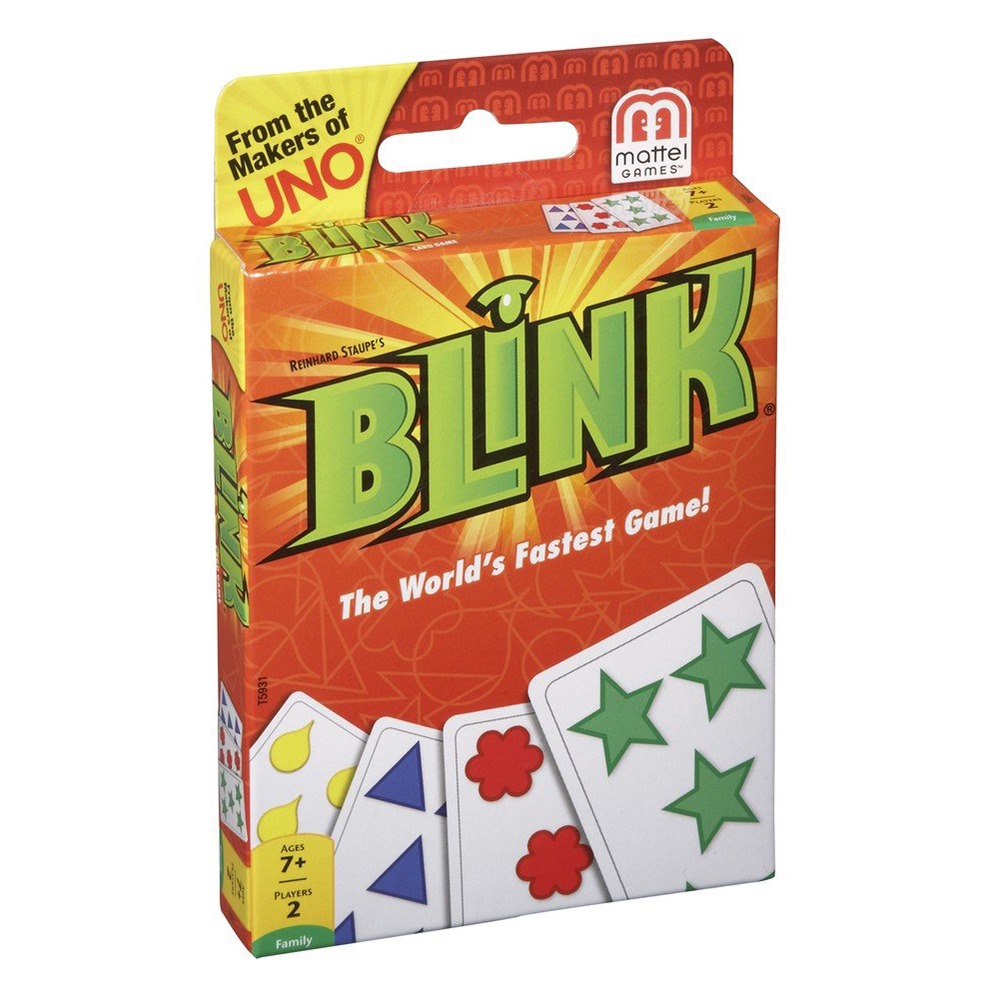 “The World’s Fastest Game” is played using a deck of colorfully designed cards. The cards have different symbols like moons, stars, triangles, and so on. The game is a head-to-head race to be the first to play all your cards by matching their shape, count, or color to either one of two discard piles.

Since the game can be played by anyone aged seven and above, it’s perfect as a family game during Christmas, New Year’s, Easter, camping trips, etc. This way, grandparents, parents, kids, extended family, and friends can all have fun together no matter their age. 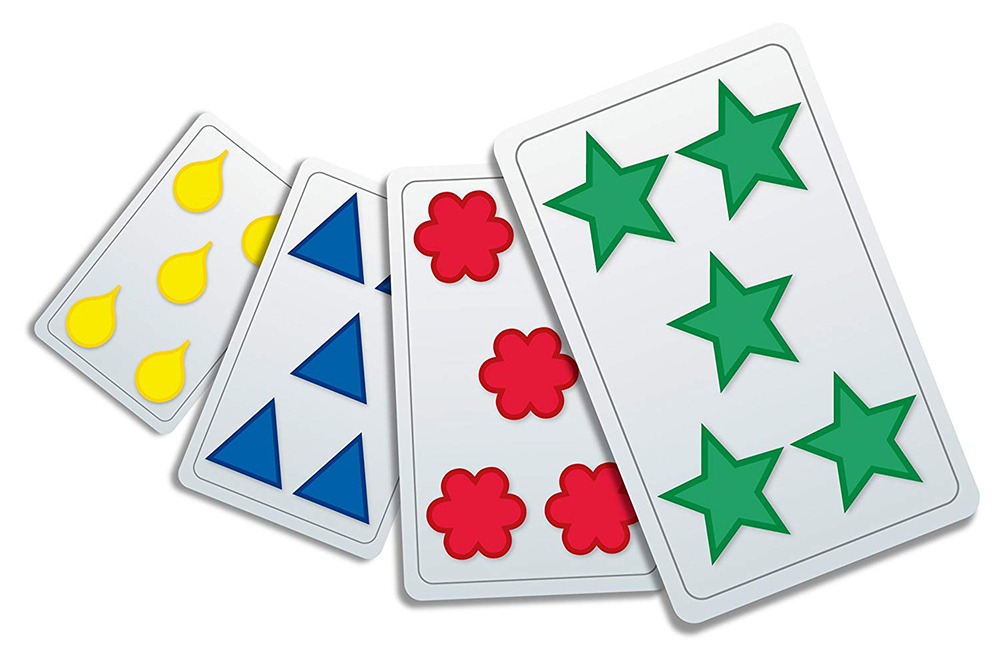 Blink was designed to be simple, challenging, and incredibly fast-paced. It is based on how fast you can process information and react to that information. A preschooler (or middle-schooler) that spends a lot of time working with symbols, shapes, colors, and numbers can easily teach an adult a humbling lesson in the game of Blink. 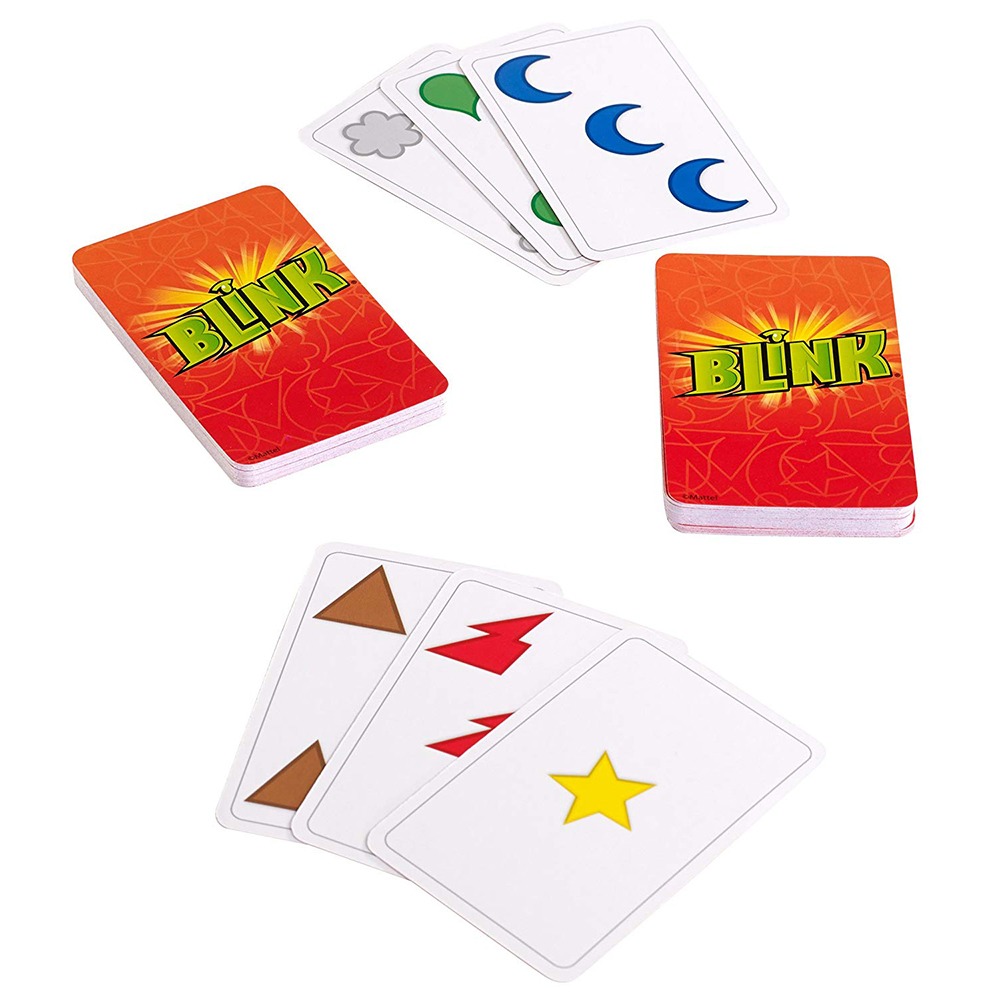 How To Play The World’s Fastest Game

The game was originally designed to be played by only two players. But with more than one deck of cards, you can change things up, change the rules of the game, and the number of people playing to make it fun with your family and friends.

Here’s how 2 players would play the game…

There are sixty cards in every box. After shuffling the cards, deal the cards face down in equal draw piles for the 2 players involved. The top two cards from both draw piles will be placed face down and accessible to both players. These two cards will be the first cards in the discard pile. The players will then take the top three cards from their draw pile to start the game.

You start the game after the two cards are turned over. Immediately that happens, the players race to match the cards in their hands to either of the two top cards in the discard pile based on any of the characteristics (color, shape, or number of symbols) of the two cards. 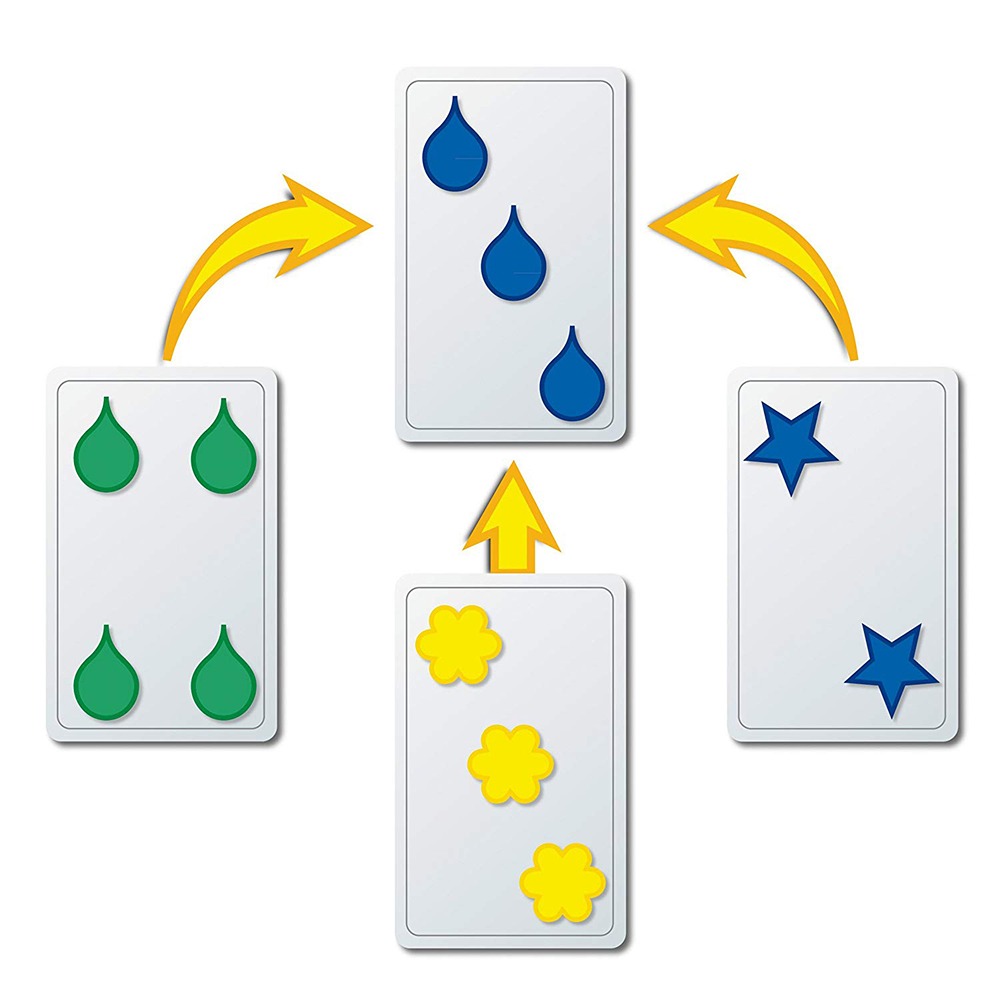 For example, say one of the top cards in the discard pile is a red, 3 star card. You need to find a card with the color red, or three symbols, or star symbols. You continue playing based on the new characteristics of every new card that is dropped on the pile of those first two cards.

The players are only allowed 3 cards in their hands at any time. When they have played the 3 cards (or when they hold less than 3 cards) they can refill from their individual draw piles. The first player to run out of cards is the winner. 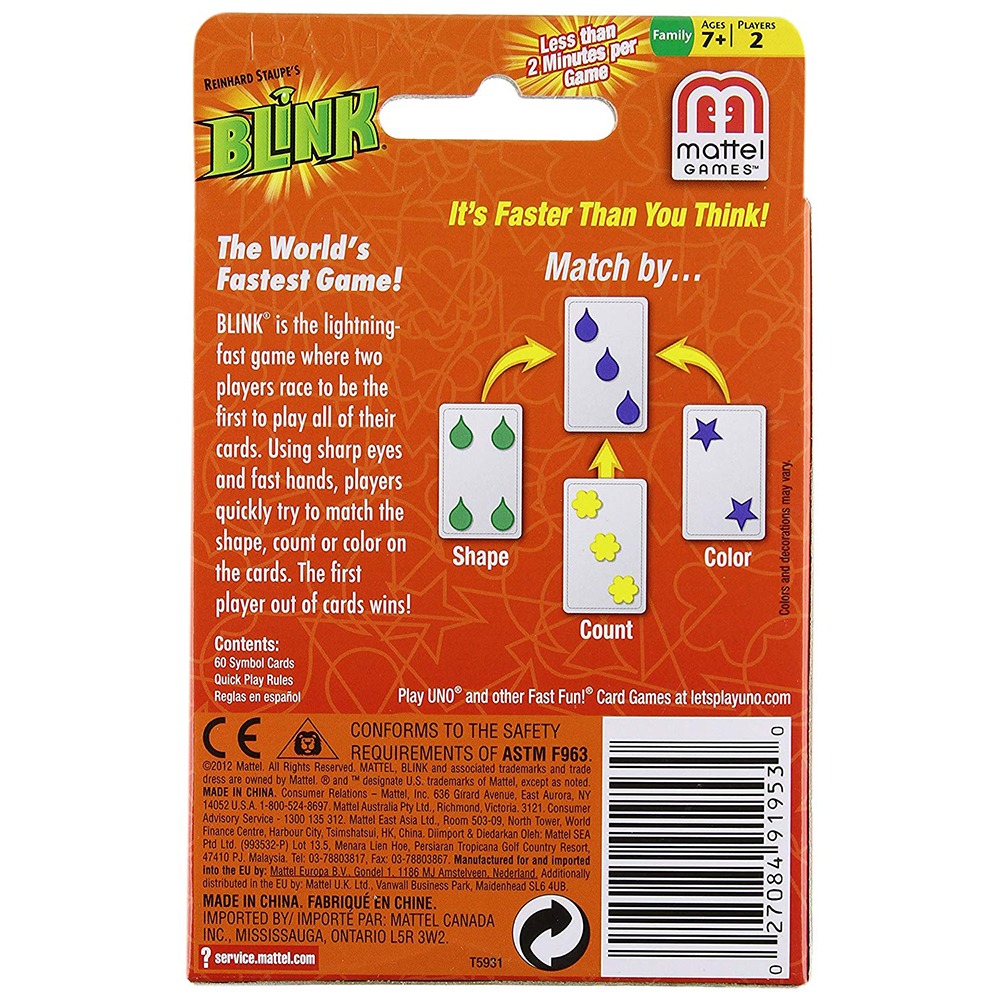 Blink is a card game that hones your reflexes, thinking, and reaction time. This makes it a great game to help children improve their hand-eye coordination while keeping them occupied at the same time.

Be the first to review “Blink – The World’s Fastest Game!” Cancel reply