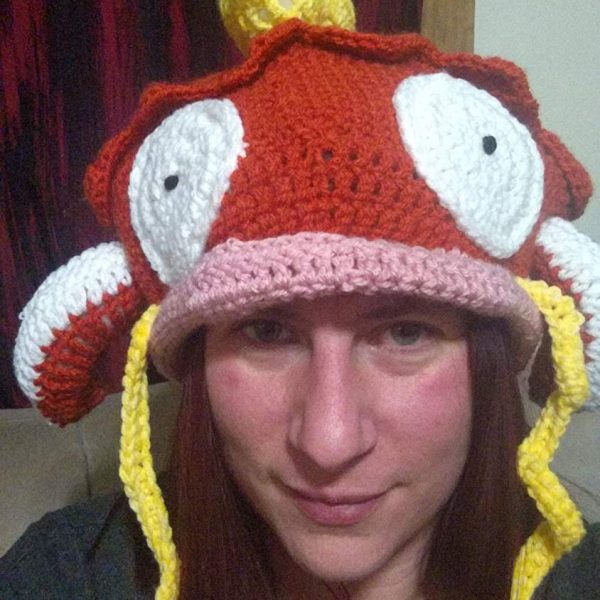 Magikarp may be a weak Pokémon, but this crocheted hat in his honor is a must-have fashion accessory. The hat accurately replicates Magikarp – just pray he doesn’t evolve into the almighty Gyarados while you’re wearing him on your head.

If you are one of those people that considers Magikarp to be the weakest Pokémon, here’s some cool info that may change your mind.

Did you know that the evolution of Magikarp to Gyarados is based on some ancient Chinese legend? Well apparently, a group of carp once tried to swim upstream but couldn’t because a waterfall blocked their way. Faced with that challenge, many of the carps gave up except one little carp whose persistence made even the gods laugh. Fast forward to a hundred years later, the carp finally managed to climb up the waterfall which impressed the gods. As a reward, they transformed the carp into a golden dragon – a symbol of determination and strength.

So yeah, the Magikarp is not so weak after all, and that is reason enough to get this Crocheted Pokémon Magikarp Hat. 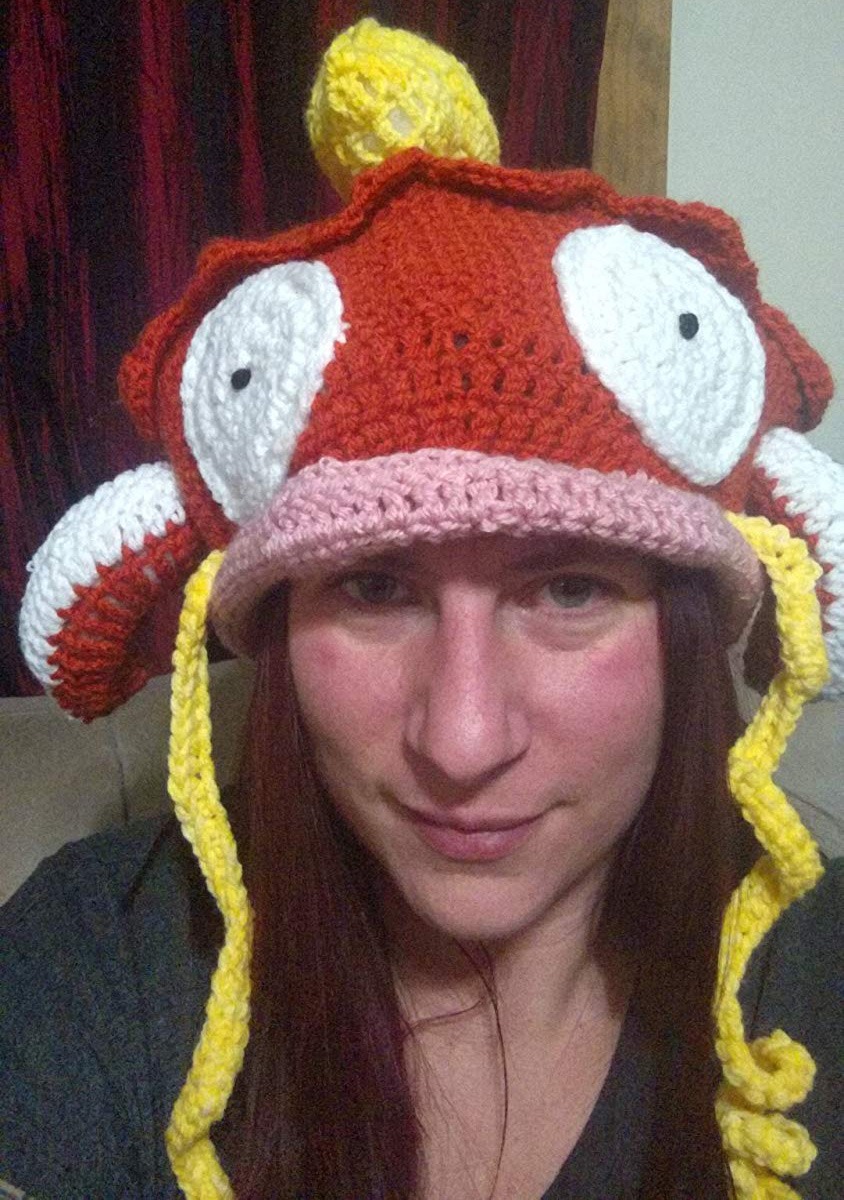 Just like the Pokémon Magikarp, the crocheted hat has a red body with large, white eyes. The pink lips are also imitated in the hat so that your head is actually in the mouth of the Magikarp. Let’s just hope that it does not evolve into a Gyarados while still on your head.

The Crocheted Pokémon Magikarp Hat also accurately replicates the white tail and pectoral fins; along with the yellow three-peaked fins on its stomach and back. And finally there’s the tan barbels.

The hat is a make to order one that would be done based on your head measurements. That deals with the problem of getting a too big or too small size. You’ll be sure you’re getting quality for your money as well.

If you’re a Pokémon lover and want something to cuddle with, consider getting this (Pokémon) Snorlax Bean Bag Plush as well.