MENUMENU
Disclosure: When you buy through links on my site, I may earn an affiliate commission.
Home » Products » LEGO Creator NASA Apollo 11 Lunar Lander

Mankind’s first moon landing was a historical event that rocked the world with excitement. This Apollo 11 Lunar Lander lets you forever celebrate that event with 1087 LEGO pieces for building your own replica of that first lunar lander.

The National Aeronautics and Space Administration (NASA) started its work on spaceflight in 1958, and since then they’ve recorded a number of achievements such as Project Mercury (a project with the mission of helping humans survive in space) and Project Gemini (which had the mission of testing the skills that NASA would need to make a trip to the moon).

The Apollo 11 mission could be said to have succeeded due to the efforts of Project Gemini. It directly contributed to mankind’s first successful landing on the moon. After the first landing on the moon, NASA has gone ahead to make many other space-related achievements. 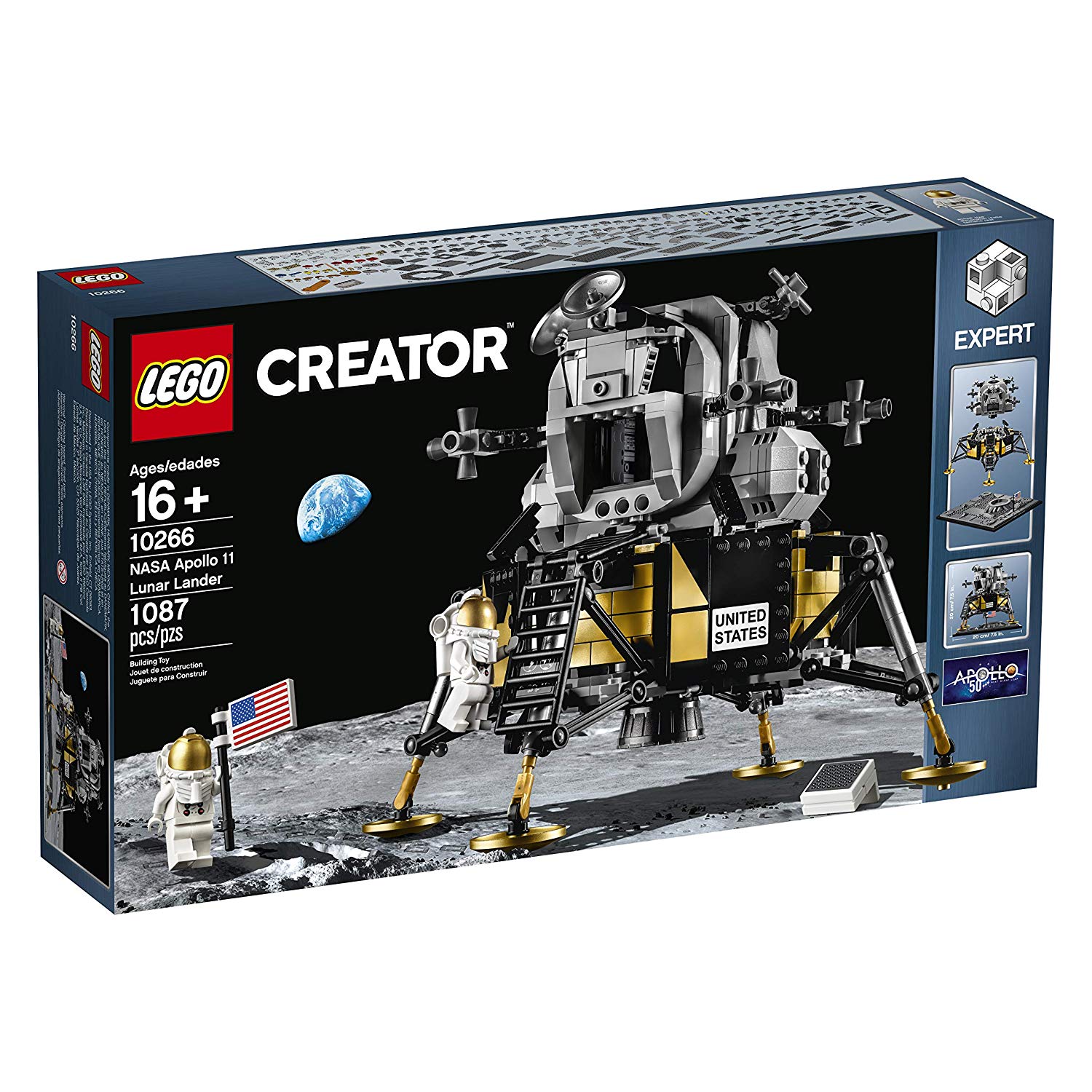 Man’s first moon landing was a historical event that truly rocked the world with excitement. And the LEGO Creator Apollo 11 Lunar Lander allows you to build an accurately detailed replica of that first lunar lander. It comes with 1087 LEGO pieces that replicates the features of the Eagle lunar module.

The entire set comes with a base plate modeled to look like the surface of the moon with a crater, two astronauts, footprints, and the US flag.

The set also has both the gold colored descent stage and the grey colored ascent stage which are detachable just like in the real Apollo 11 Lunar Lander. The descent stage consists of a ladder, opening camera, metallic gold landing pads, panels, and laser latches. The ascent stage, on the other hand, has a detailed interior where you can attach either of the two astronauts. 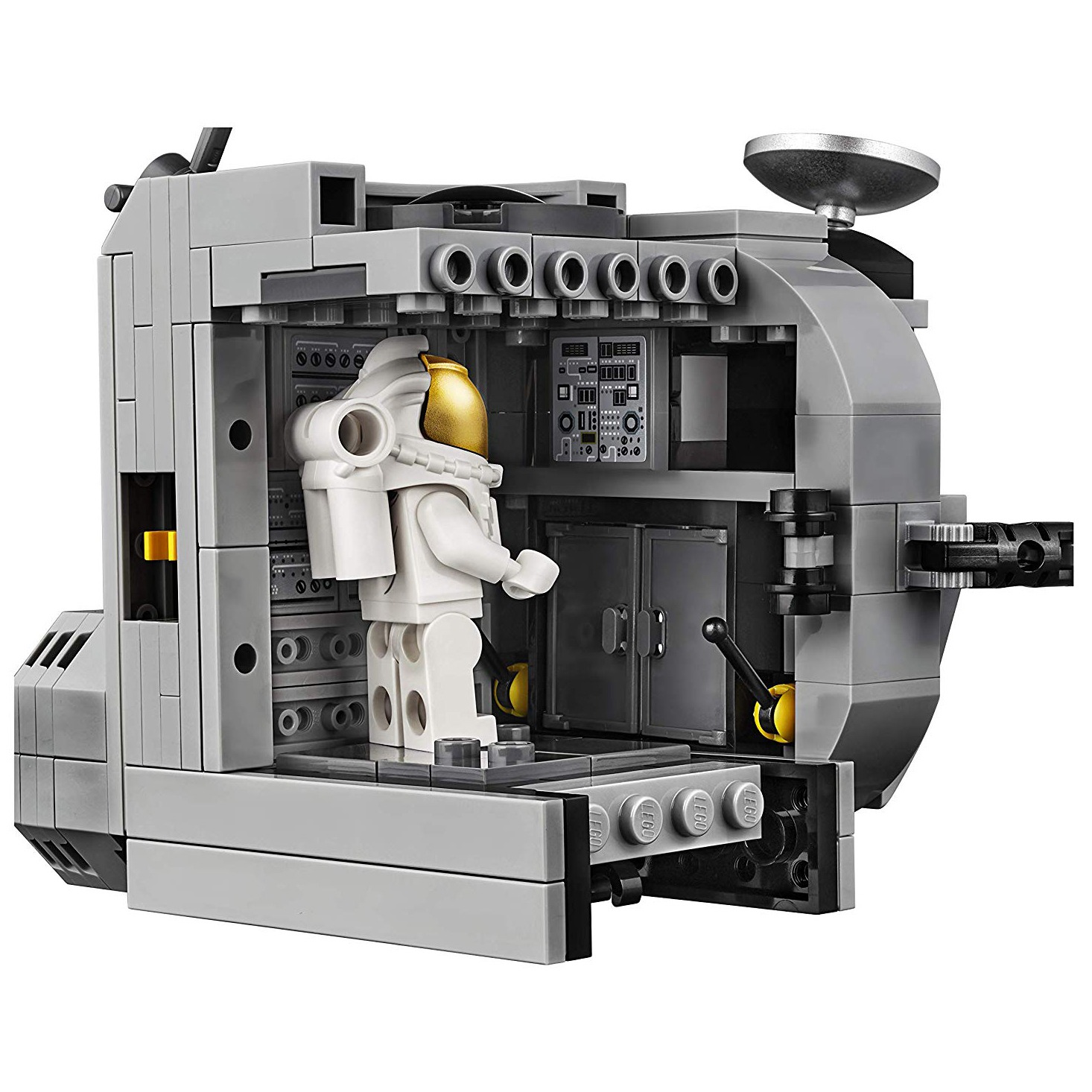 LEGO has always been a favorite toy for both kids and adults. Many people have loved building and constructing different structures with their multi-colored LEGO bricks. The LEGO Creator NASA Apollo 11 Lunar Lander is an advanced and challenging multifaceted LEGO model that will provide you with a rewarding building experience.

After building the Apollo 11 lunar lander LEGO replica, you can even use it as part of your home or office decor. 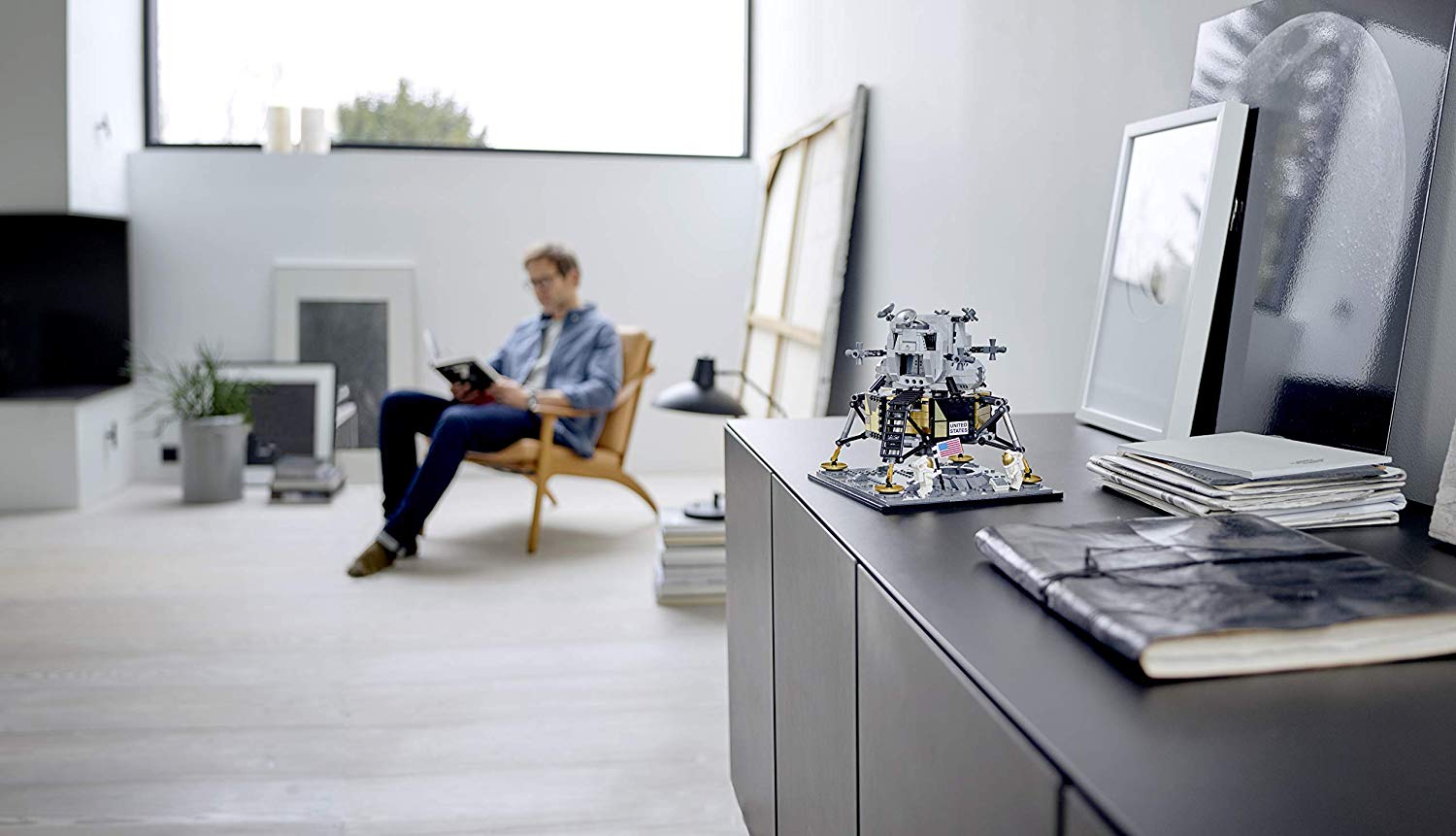 This is a great present for people who love putting together LEGO and people who are interested in space exploration. The LEGO Creator NASA Apollo 11 Lunar Lander nicely complements LEGO’s Saturn V rocket set which they also collaborated with NASA to create.