MENUMENU
Disclosure: When you buy through links on my site, I may earn an affiliate commission.
Home » Products » Mini T-Rex Skull 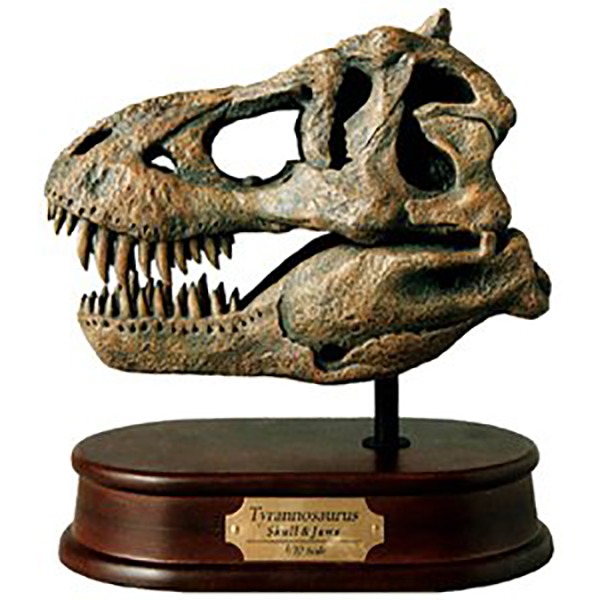 No need to settle for just seeing dinosaur bones in a museum. This Mini T-Rex Skull can sit right on your desk and give your dull work space some prehistoric charm! Grab this for yourself, or get it as the perfect gift for that your dinomaniac friend.

When they were first discovered, Dinosaurs were only popular among scientists, history buffs, paleontologists, archaeologists, etc. They were recognized as the long-living yet currently extinct former custodians of the earth. However, when dinosaurs began to appear more in the media whenever prehistoric life was discussed or addressed, they began to become more and more popular among both adults and kids.

Movies and cartoons about Dinosaurs like Jurassic Park exposed more people to Dinosaurs and allowed them to be awed by the different varieties of Dinosaurs like the Tyrannosaurus, Diplodocus, Triceratops, etc. It allowed people to become fascinated with their various sizes, shapes, lifestyle, their contribution and role in prehistoric life, as well as their subsequent extinction.

These days, many people who would like to own their own Dinosaurs have had to settle for going to see their skulls, bones and skeletons in the museum as many times as possible. However, what if there is a way to own your very own Mini T-Rex Skull?

The Mini T-Rex Skull is a highly detailed Tyrannosaurus model that looks like it came directly from the museum. The skull is colored light brown with a touch of green that makes it look like the real skull of a Tyrannosaurus (at least the mini version of it). The colors and authentic look can be attributed to the acrylic resin hand-painted on the skull. The skull rests on a pole attached to a solid wood base painted bright red.

The elegant red Mahogany base is accented with a brass plaque engraved with the Tyrannosaurus name. This great Tyrannosaurus replica is approximately 6 inches wide and 7 inches tall and basically the size of a large softball.

Geology/history teachers or professors, and your friends who have watched all the Dinosaur movies will also appreciate this.

This highly detailed replica of a Tyrannosaurus can also be used for your home, office, private library or study decor.

Be the first to review “Mini T-Rex Skull” Cancel reply