MENUMENU
Disclosure: When you buy through links on my site, I may earn an affiliate commission.
Home » Products » NBA Jam Arcade Machine 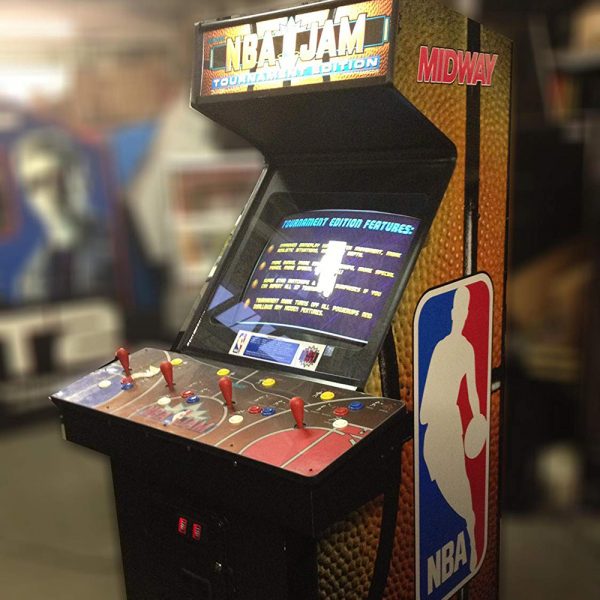 Relive the glorious 90s with this NBA Jam Arcade Machine. Allowing up to 4 players, this old school arcade machine lets you and 3 of your friends engage in epic battles of turbo dunking, shoving, and flaming arcade basketball.

If you’re a 90s gamer kid, you no doubt enjoyed those epic battles of turbo dunking, shoving, and flaming basketball shooting that characterized the NBA Jam. I bet you miss seeing players “on fire”; hearing the cranky announcer’s “Boomshakalaka!” whenever there was a big dunk; and the raw excitement that ran through your veins at every basket.

Not to worry. With this NBA Jam Arcade Machine, right in the comfort of your home, you can finally relive your most fun times as a 90s kid! 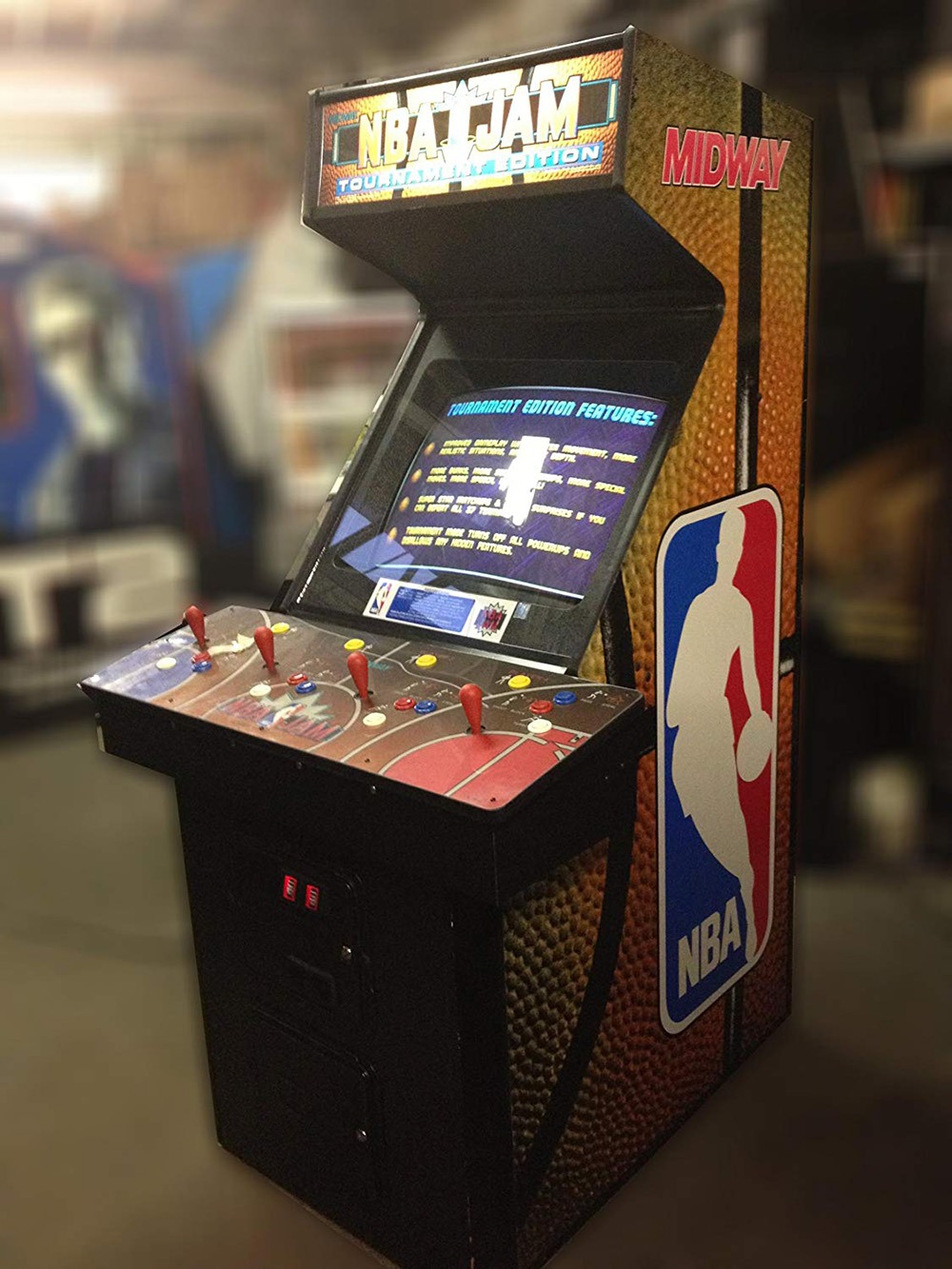 The NBA Jam was not the first arcade sensation to have billions of dollars pumped into it. A basketball game with no referee and having the images of real NBA players, it was bound to quickly become a fave.

NBA Jam conveniently defies the normal rules of the game of basketball. Players are allowed to freely elbow or shove opponents out of the way because there are absolutely no fouls in the game. Way to actually do all the things you wish you could do in real life basketball!

In addition, the game comes with an “on fire” feature that allows a player who has made three baskets in a row to become “on fire”. An animated fire escorts each shot and the turbo meter of the player neither diminishes or decreases. Said player enjoys this until another player on the other team scores a basket or until the game begins to beef you for being too good for too long.

To begin playing this NBA Jam Arcade Machine, turn it on, pick an NBA team and choose two players (or at least their image) on one side and have the other team do same. If you like, you can enter your initials so that you can track your progress. Now go ahead and play a rule-free, referee-free, “on fire”, basketball game. There are controls and buttons on a panel that look like the floor of a basketball court. 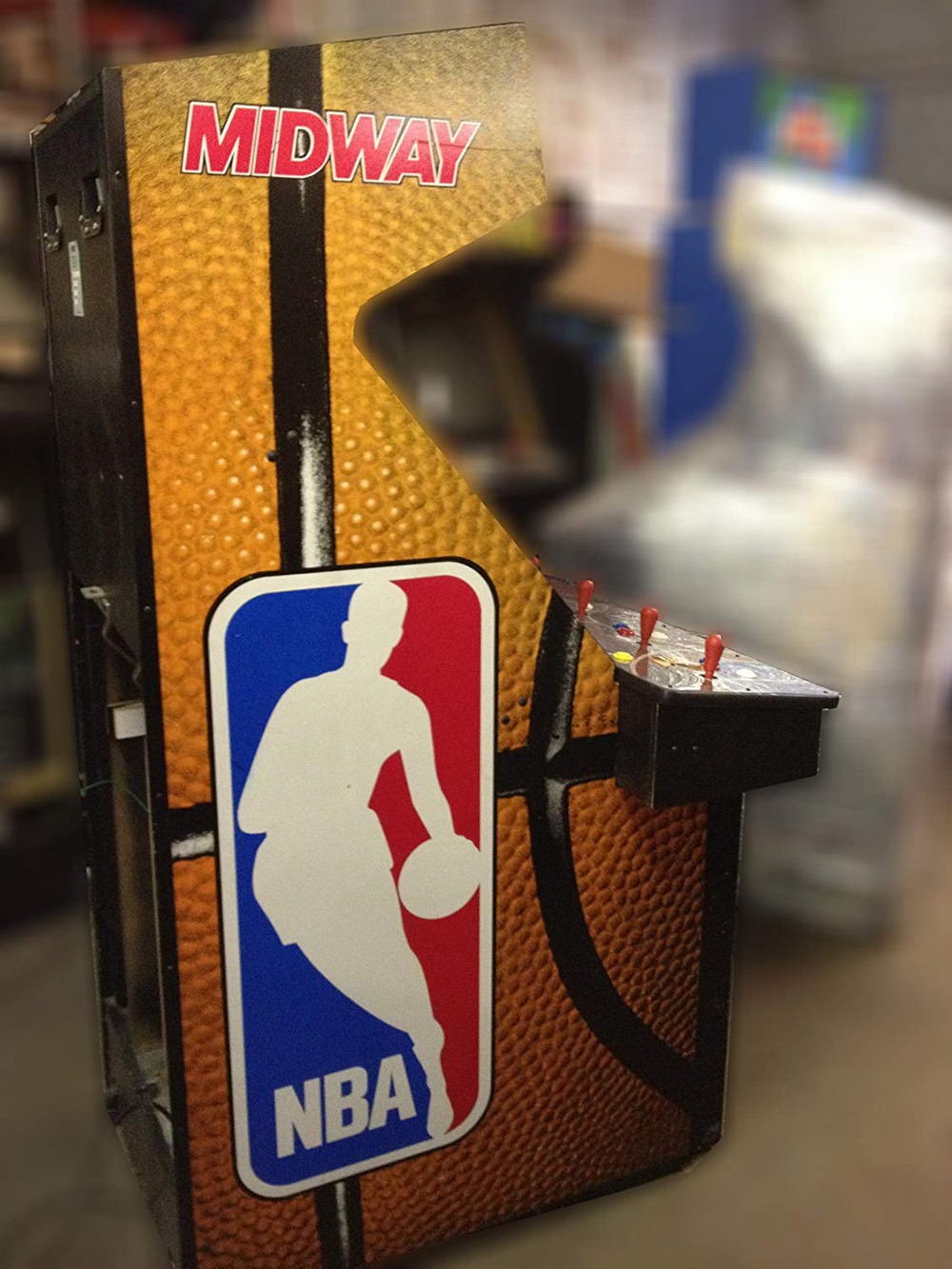 For any 90s kid that was a fan of this rather iconic game, this is a great gift idea.

Millennial gamers would also appreciate this NBA Jam Arcade Machine because it would help them have a peek at the epic games of the olden days.

This NBA Jam Arcade Machine can fit in your gaming room, sitting room, or even by the pool for those parties with your old boys. It’s a hit anywhere!