MENUMENU
Disclosure: When you buy through links on my site, I may earn an affiliate commission.
Home » Products » Nerf Machine Gun 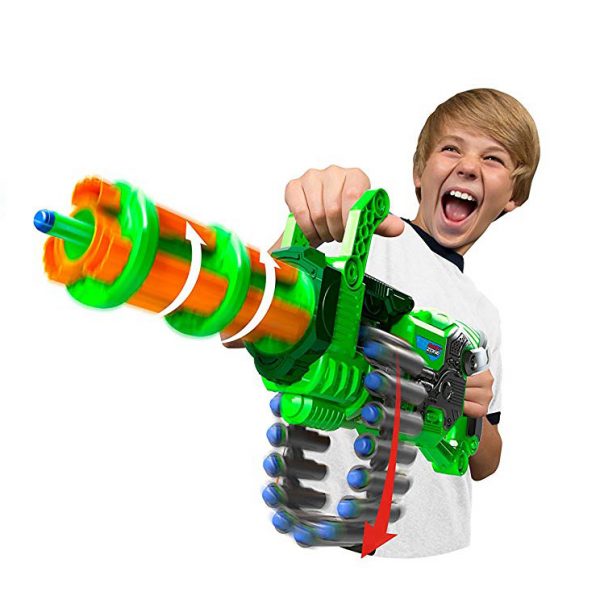 Never lose a backyard battle to your neighbor enemies again! Use this Super Commando Gatling Gun. The Machine Gun fires up to 18 darts in less than 18 seconds. And it has fully automatic shooting capabilities for enhanced “carnage”.

With all the battle going on in your backyard with your badass neighbor enemies, you need something strong and fast in order to win.

So dump whatever slow, “gun” you are using and get yourself this Super Commando Nerf Machine Gun. You’ll be surprised how fast the table turns! 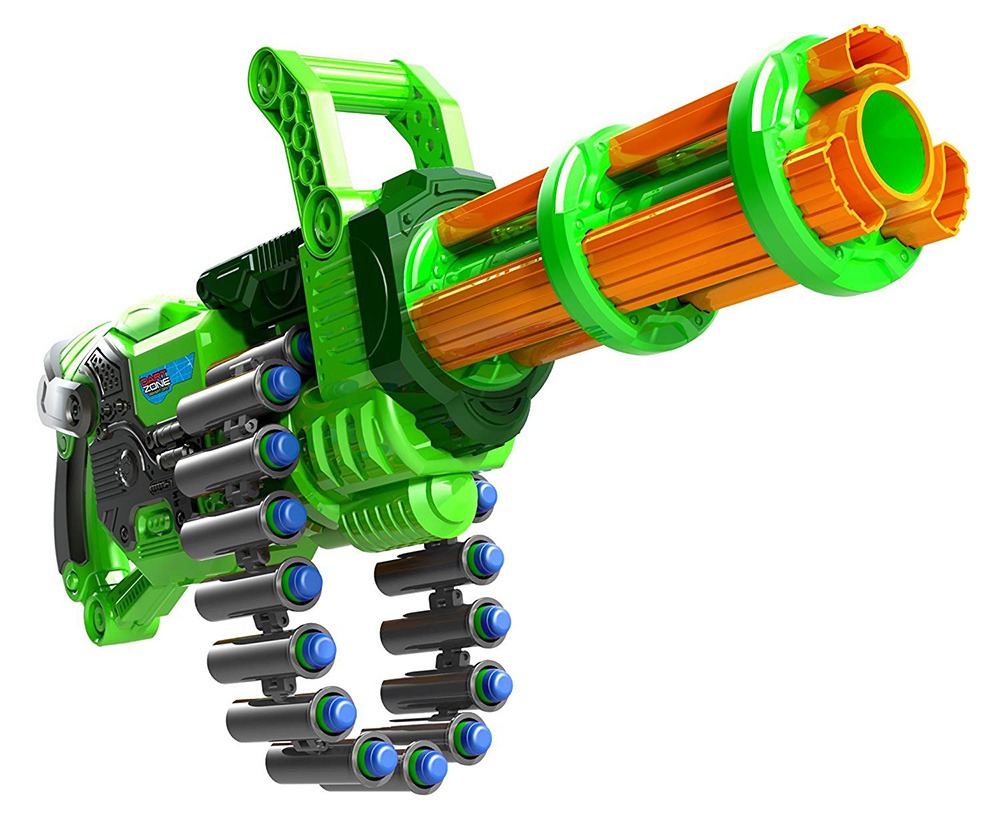 The Nerf Machine Gun is a fully automatic Gatling blaster. The motorized blaster is capable of firing up to 18 darts in less than 18 seconds. What’s more, the super darts can go up to 80 feet! 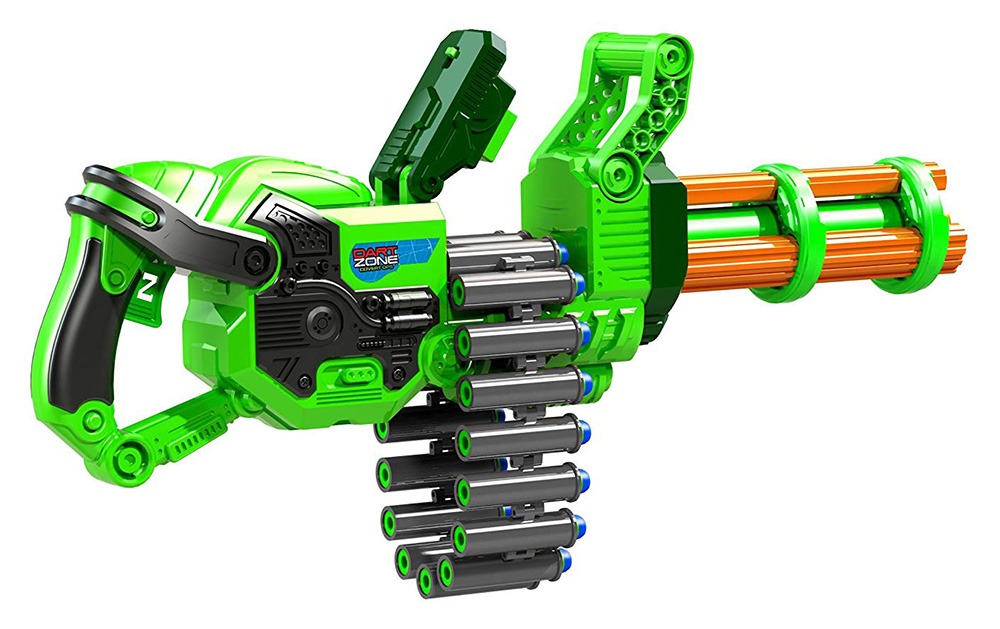 The gun also features an awesome power grip handle to help you feel the fun and keep your hands stable while the gun barrel rotates to the beat of blasting sounds. All that’s left is for your throat to keep up with your battle cries. 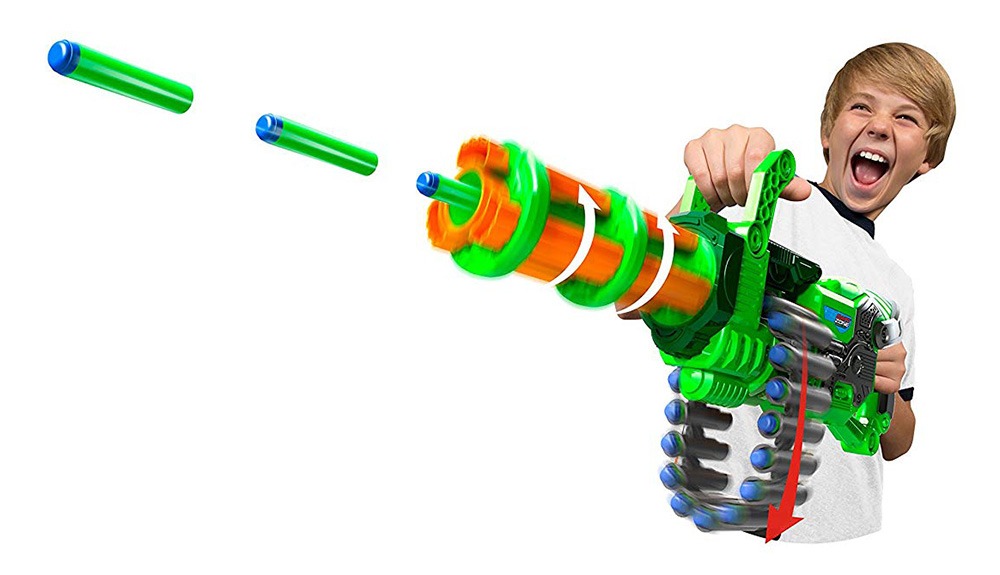 Hell yeah, so that you can practice and never miss a target. The motorized Gatling Blaster comes with 3 foam targets with which to practice. 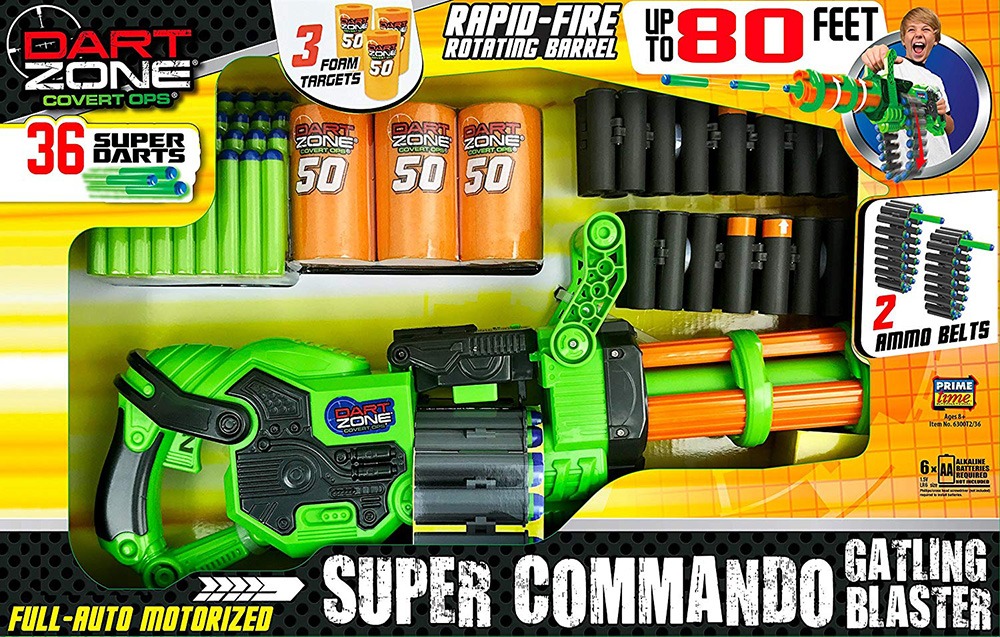 The Nerf Machine gun comes with two 18-round ammo belts. Even in the heat of battle, you can easily and quickly switch belts so that you are always covered and not left vulnerable. All you need to do is raise the breech cover and insert the fully loaded ammo belt. 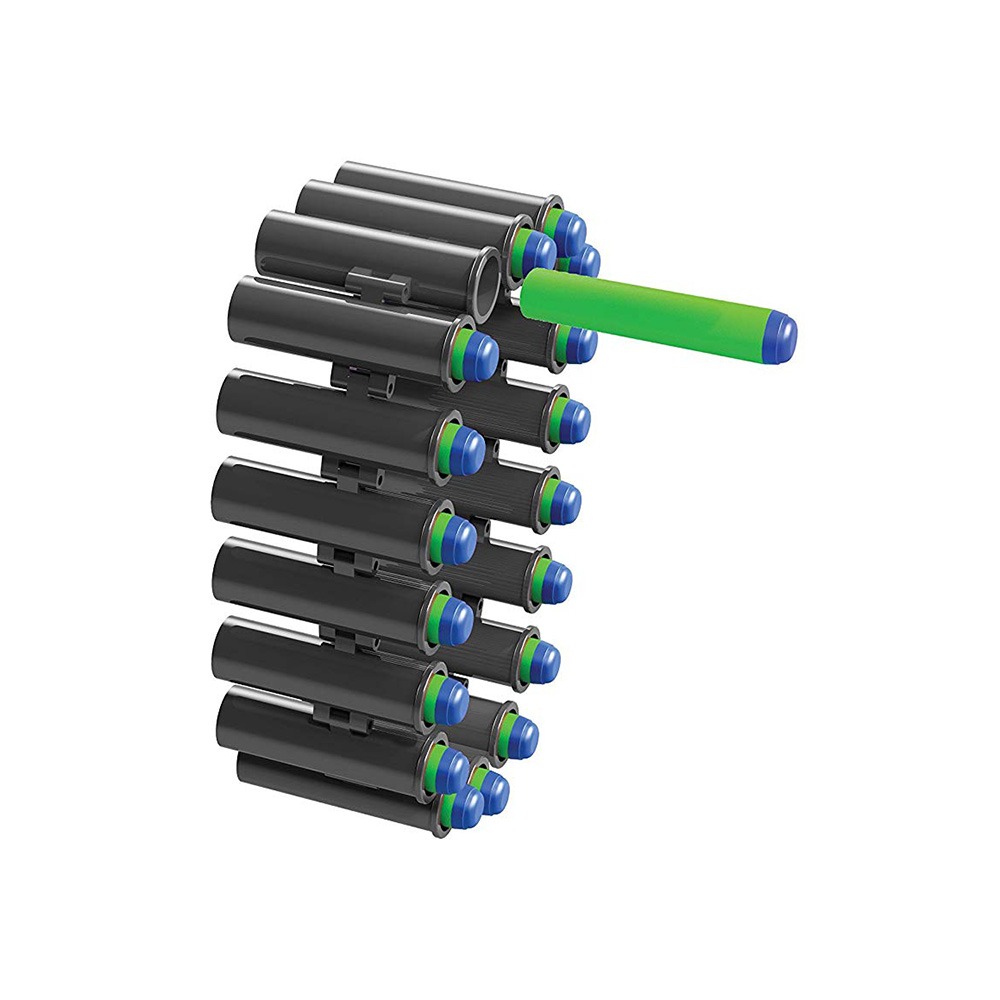 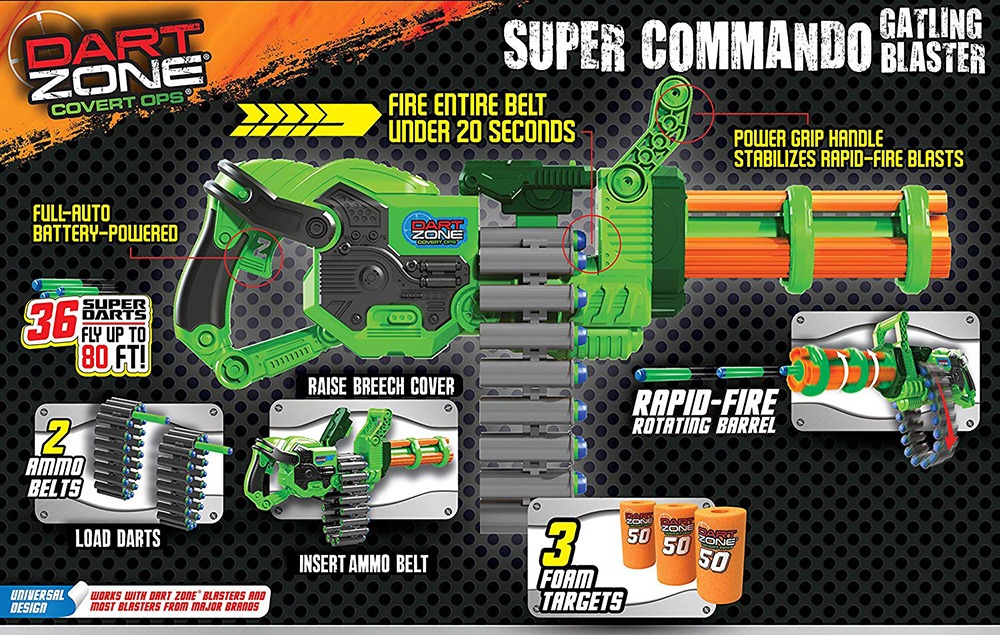 To run, the gun requires 6 AA batteries but you would have to get those separately because they do not come with the package. This deadly weapon is safe for kids from 8 years and above. It’s the perfect gift for anyone whose pure delight is to fight (and win) battles in style, just like the badass they are! 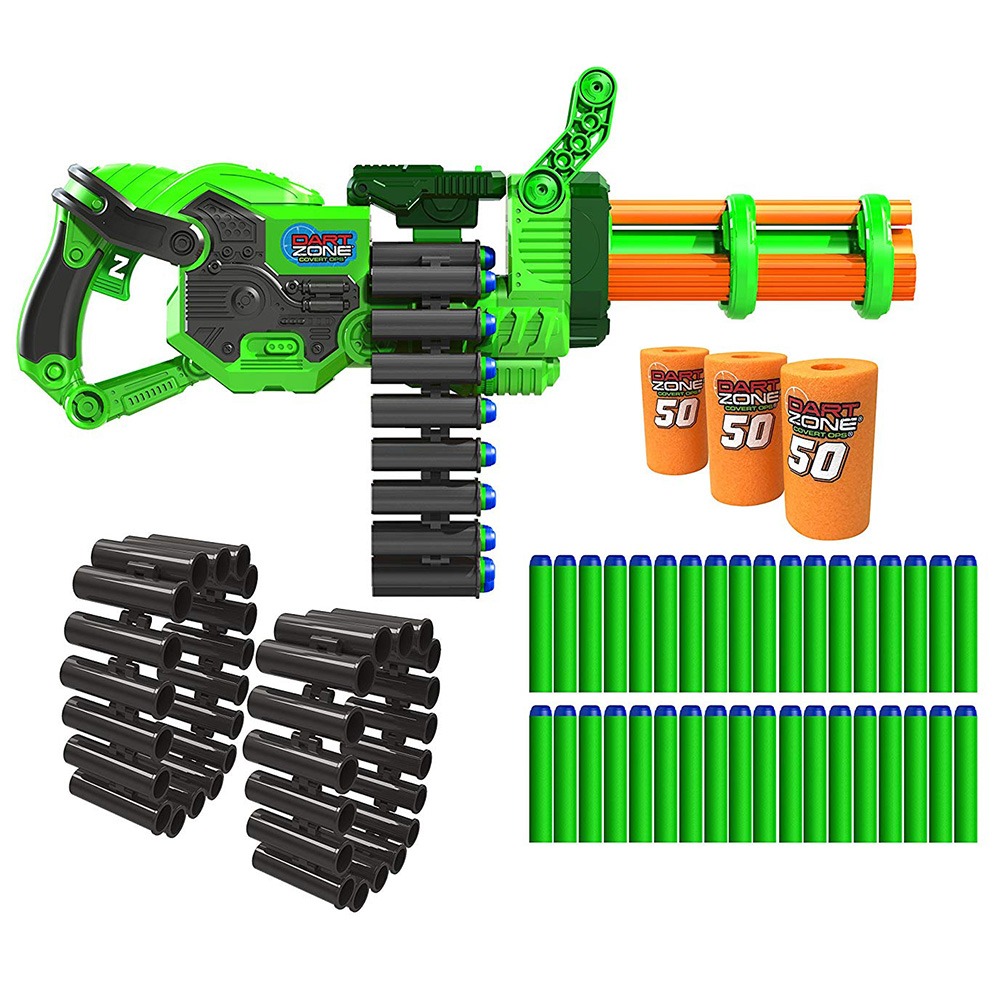 Be the first to review “Nerf Machine Gun” Cancel reply