MENUMENU
Disclosure: When you buy through links on my site, I may earn an affiliate commission.
Home » Products » No Ragrets Temporary Tattoo 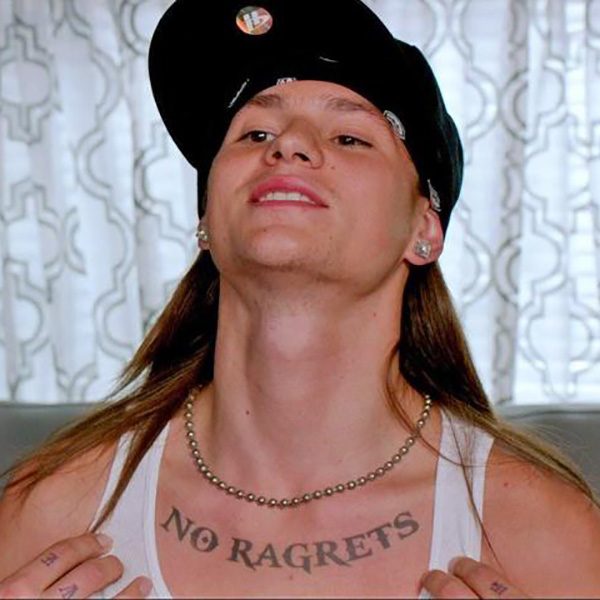 This No Ragrets Temporary Tattoo from the evergreen movie, We’re The Millers, is the perfect temporary tattoo. Get everyone’s attention with this hilarious tattoo fail: A massive regret on your chest that says “NO RAGRETS”.

What better way to show your boy/girlfriend how committed you are to the relationship than getting a tattoo of their name on your shoulder, right? It’s the perfect, romantic gift… until the break up comes and you cannot just understand why you did something as stupid as getting a permanent tattoo of their name!

Or imagine that you finally have that defining moment in your life and you want to document it on your body. You go over to the tattooist and pick a catchy slogan but realize after enduring all that pain that he got the spelling wrong. No regrets yet?

We’ve got nothing against a tattoo but let’s face it, there’s a lot that could go wrong. Anything could happen to make you regret why you ever got a tattoo in the very first place.

But why get a permanent tattoo that you could regret having tomorrow when you can have a temporary tattoo that is both catchy and hilarious?

This No Ragrets Temporary Tattoo from the evergreen movie, We’re The Millers, is the perfect temporary tattoo. Get everyone’s attention with this hilarious tattoo fail – a massive regret on your chest that says “NO RAGRETS”.

The No Ragrets Temporary Tattoo is very easy to apply. There’s no hassle whatsoever. Just paste it on and you are good to go.

Want to draw attention at Halloween? The No Ragrets Tattoo would be a hit! Just add it to your costume and trust me you’ll have no ragrets!

If you’re an actor and would love to recreate the scene from We’re The Millers, this tattoo is going to work perfectly fine. You’ll feel like you’re actually in the movie!

Even though the tattoo is a fake one, it lasts for quite a while. You do not have to worry about it coming off or fading out in the middle of your shine. It’s loyal to your fakery! 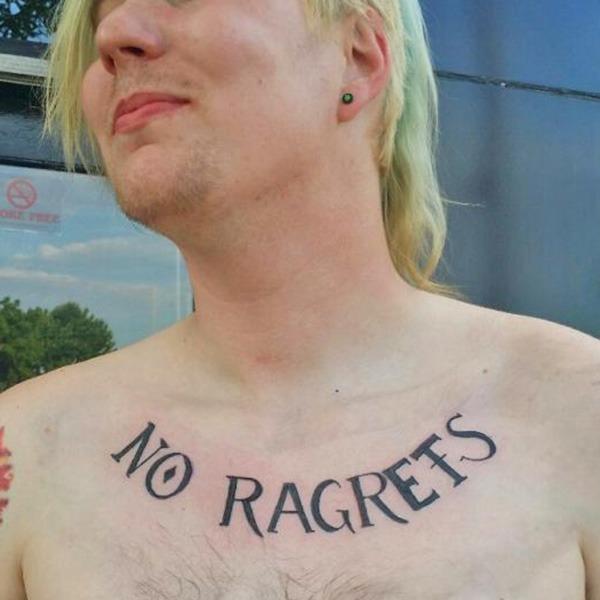 Isn’t it just hilarious? You’ve got a massive regret on your chest that is supposed to say no regrets! Let your friends laugh at your supposed ‘cluelessness’ with this No Ragrets Temporary Tattoo. Bask in the goodness of their laughter as you respond, “Yep, no regrets. Not even a single letter!” 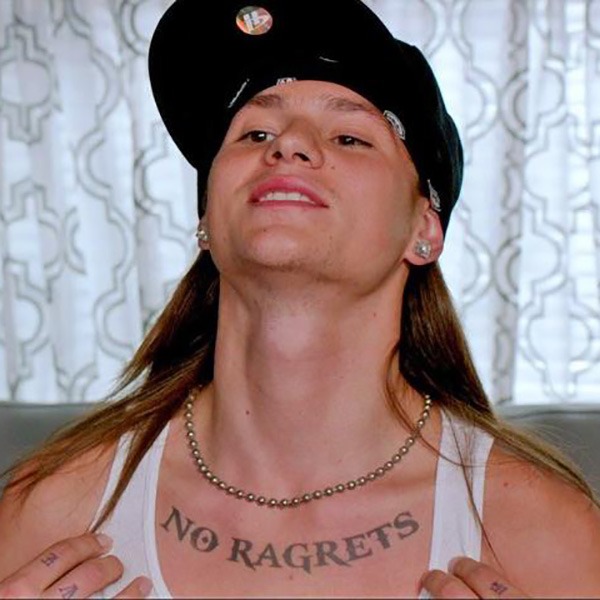 Tattoos can break your heart without a second thought. Do not blame them though, because regret is one of the active ingredients of the tattoo ink. Get the No Regrets Temporary Tattoo instead. You can’t go wrong with this because the idea is, in fact, to highlight the whole regret thing associated with regular permanent tattoos.

Be the first to review “No Ragrets Temporary Tattoo” Cancel reply