MENUMENU
Disclosure: When you buy through links on my site, I may earn an affiliate commission.
Home » Products » Sodium Batman T-Shirt 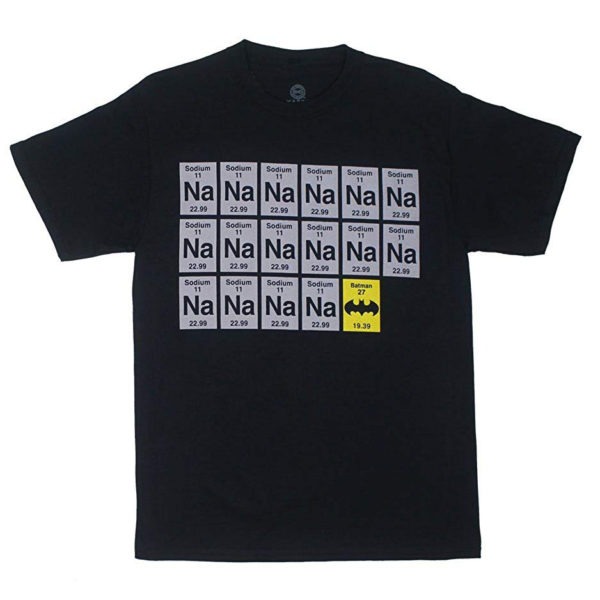 Holy Alkali Metal! This one’s for all you science geeks that enjoy making puns at every opportunity. The Sodium Batman T-Shirt has the Na symbol printed 16 times followed by a Batman logo (periodic table style). Can you guess the intended pun?

Are you a Batman fan? Do you love science? Do you consider yourself one of those super geeks that enjoy making puns at every opportunity? Then get the Sodium Batman T-Shirt! Don’t even think twice about it.

From afar, the shirt might seem like it has the longest hook to a summer hit song printed on it. But it really only has the chemical symbol of sodium (Na) printed on it 16 times followed by the Batman logo.

The printing is done in periodic table style. 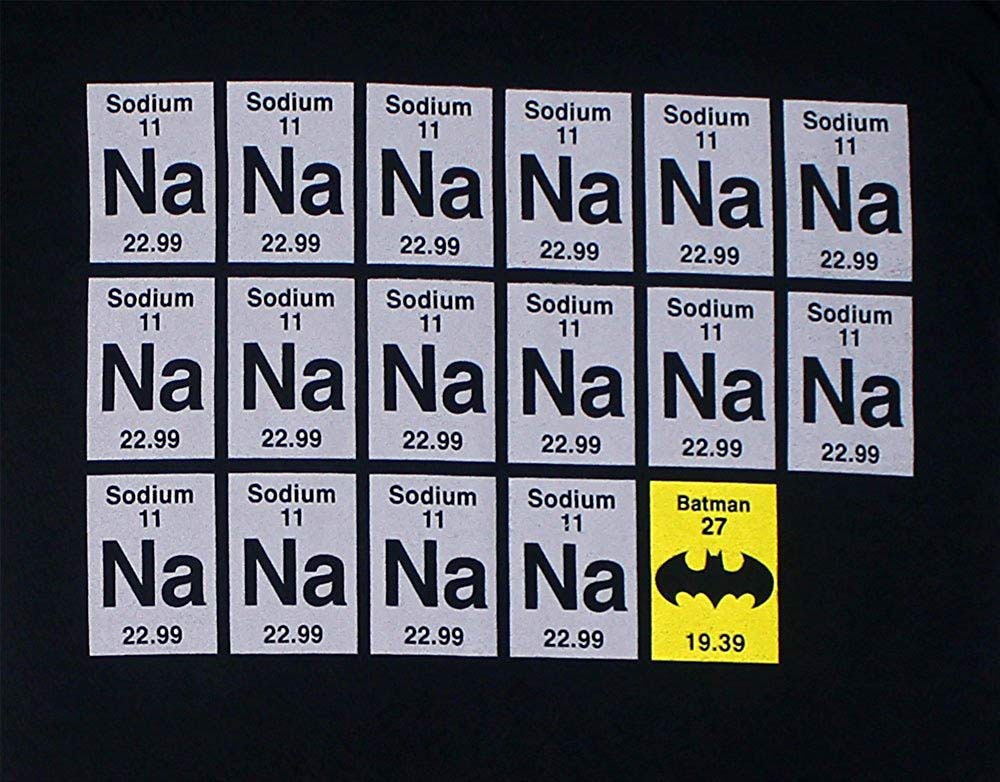 Can you guess the intended pun? Maybe you already guessed it just by seeing a picture of the shirt. But if you’re having a hard time figuring it out, this video of the original Batman theme song might help:

The above video is also the source of the popular Batman joke: “16 sodiums walk into a bar, followed by Batman.”

When you do figure out the pun, you’ll see that it’s actually quite stupid. I think the stupidity is what makes this such a great idea!

The pun is not in text or video, but in audio. At the end of the Batman theme music in the video above, you’ll hear something like:

So, there are 16 “Na’s” before the word Batman in the theme song.

If you actually try counting the “Na’s” you may not get exactly 16. But the popularly accepted number of “Na’s” is 16. Let’s just go with the convention.

So, if you’re one of us – someone who loves science, enjoys puns and word plays, and unapologetically geeks out over DC comics characters, this shirt needs to be hanging in your wardrobe. Besides being a hilarious tribute to your favorite superhero, the Sodium Batman T-Shirt is also a really comfy shirt. 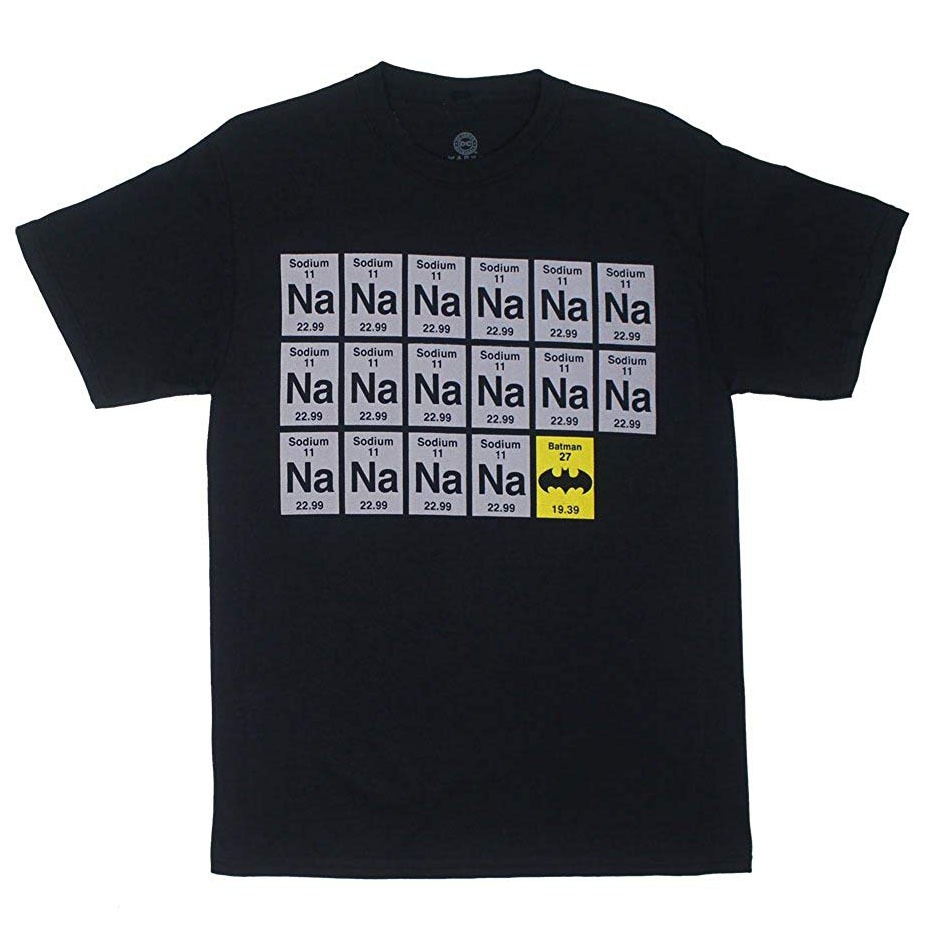 This shirt is a super fun and super comfortable fashion item. Whether you’re a die hard Batman fan looking to carry the superhero everywhere you go, or you’re just someone who needs a comfy shirt to move around in, this Sodium Batman T-Shirt is your answer.

Be the first to review “Sodium Batman T-Shirt” Cancel reply