MENUMENU
Disclosure: When you buy through links on my site, I may earn an affiliate commission.
Home » Products » The John Wayne Code (Book)
33% off! 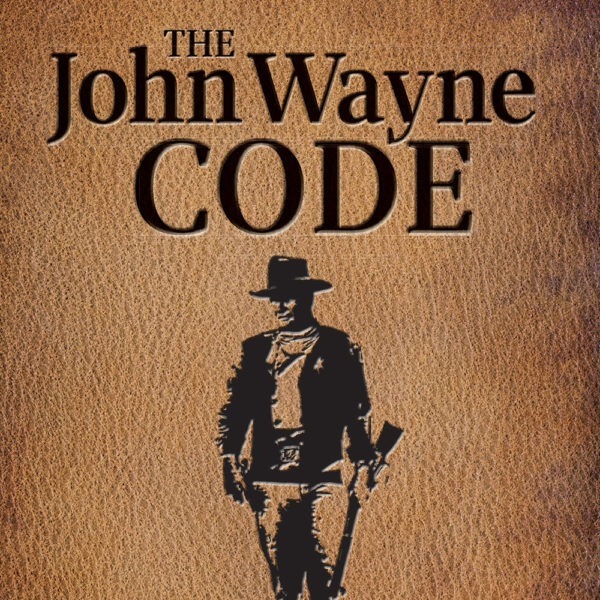 John Wayne is probably your dad’s favorite celebrity. Get him “The John Wayne Code” book and put a smile on his face. The book contains Duke’s most insightful quotes and stories… and the best old-fashioned common sense advice you can get!

Ask your dad who his favorite celebrity is. If he doesn’t watch Entertainment Tonight or E! News like many people do, he will very likely say John Wayne.

John Wayne was the embodiment of superhuman talent and masculinity. He was so good and so loved by many that, if as a filmmaker you managed to get him to play a part in your movie, it was most certainly going to top the box office!

He starred in over 150 iconic movies. Such as Rio Bravo, The Searchers, True Grit, and The Shootist, Wayne’s final movie before his death in June of 1979.

As far as many are concerned, John Wayne was way more than a movie star. He was a symbol of Americanness – everything good and decent – and he served as an inspiration to many. John Wayne was the definition of iconic! A museum has even been built for him in his birthplace of California.

In his 72 years of life and long career, Wayne imparted his wisdom and old-fashioned common sense into a lot of people. Encouraging, inspiring, and endlessly motivating, that wealth of knowledge has been gathered and collated into this invaluable book, The John Wayne Code. 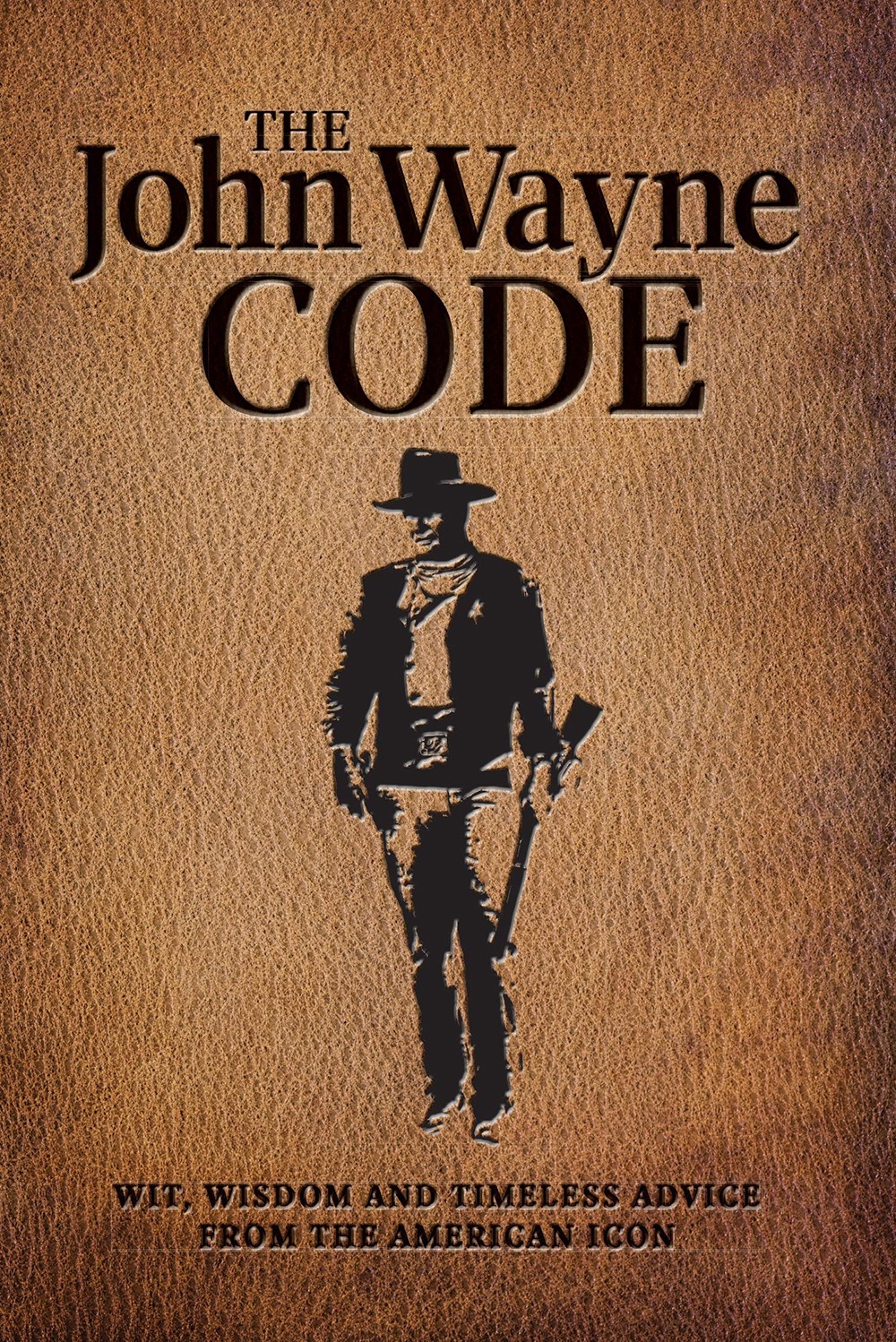 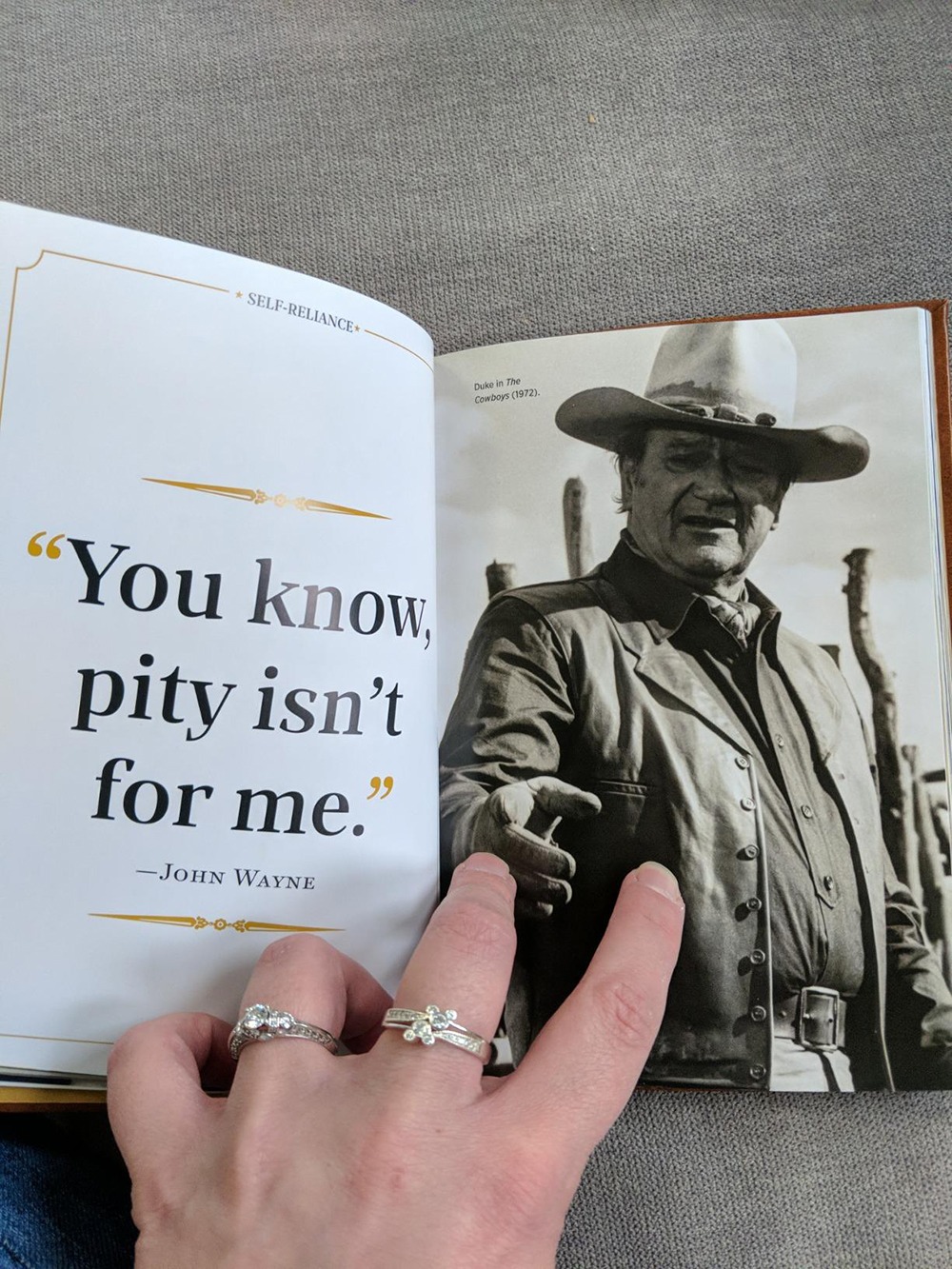 The contents of the book was put together by John Wayne’s family and the editors of The John Wayne Collector’s Edition Magazine. So, this is official stuff. Not some independent merchant ripoff. The quotes include those made by John Wayne both on-screen and off-screen. 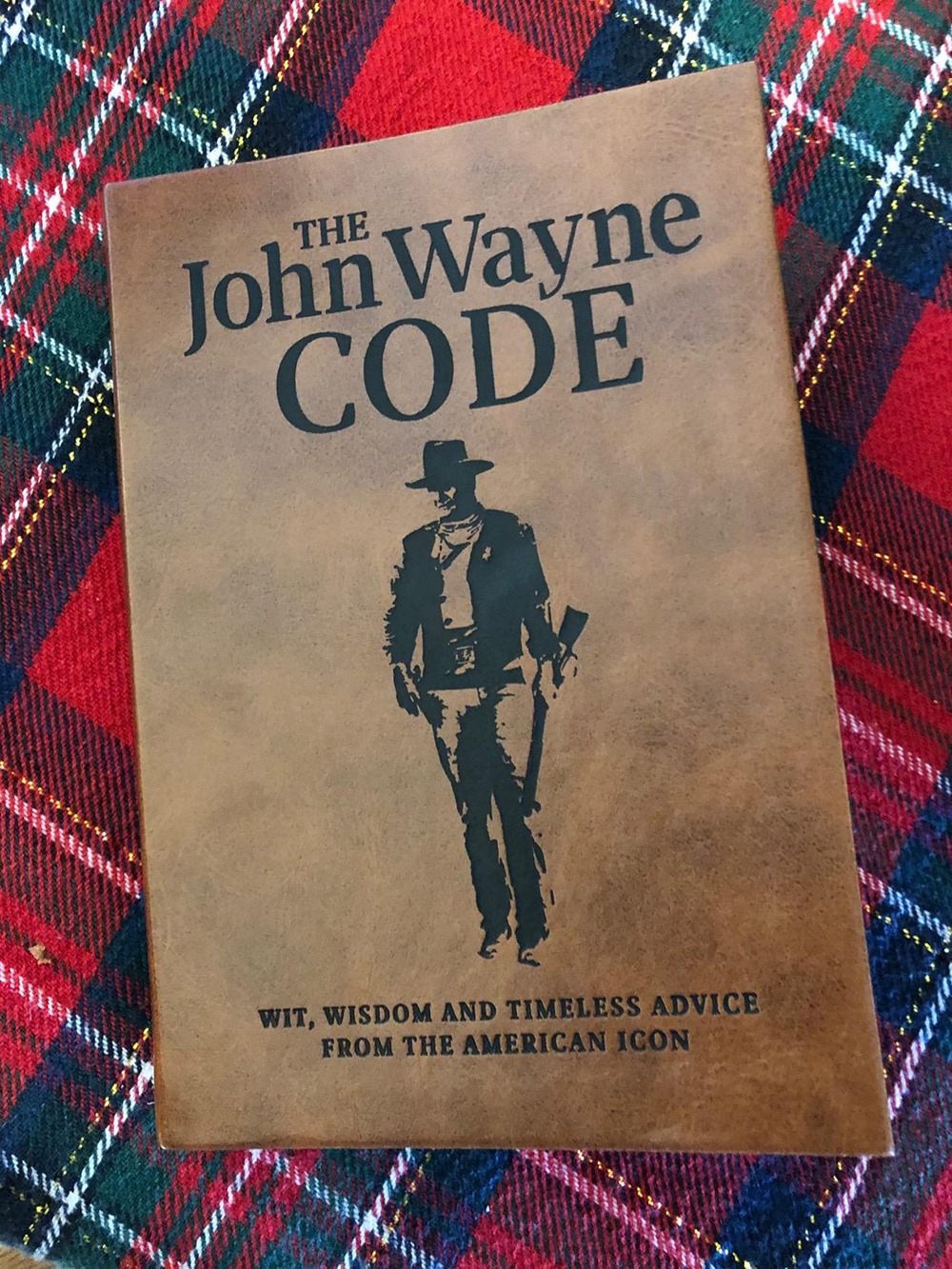 This book is the perfect gift for fans of John Wayne who want to live legendary lives. The cover is made of high quality leather-like material. Your pa or grandpa would absolutely love it. 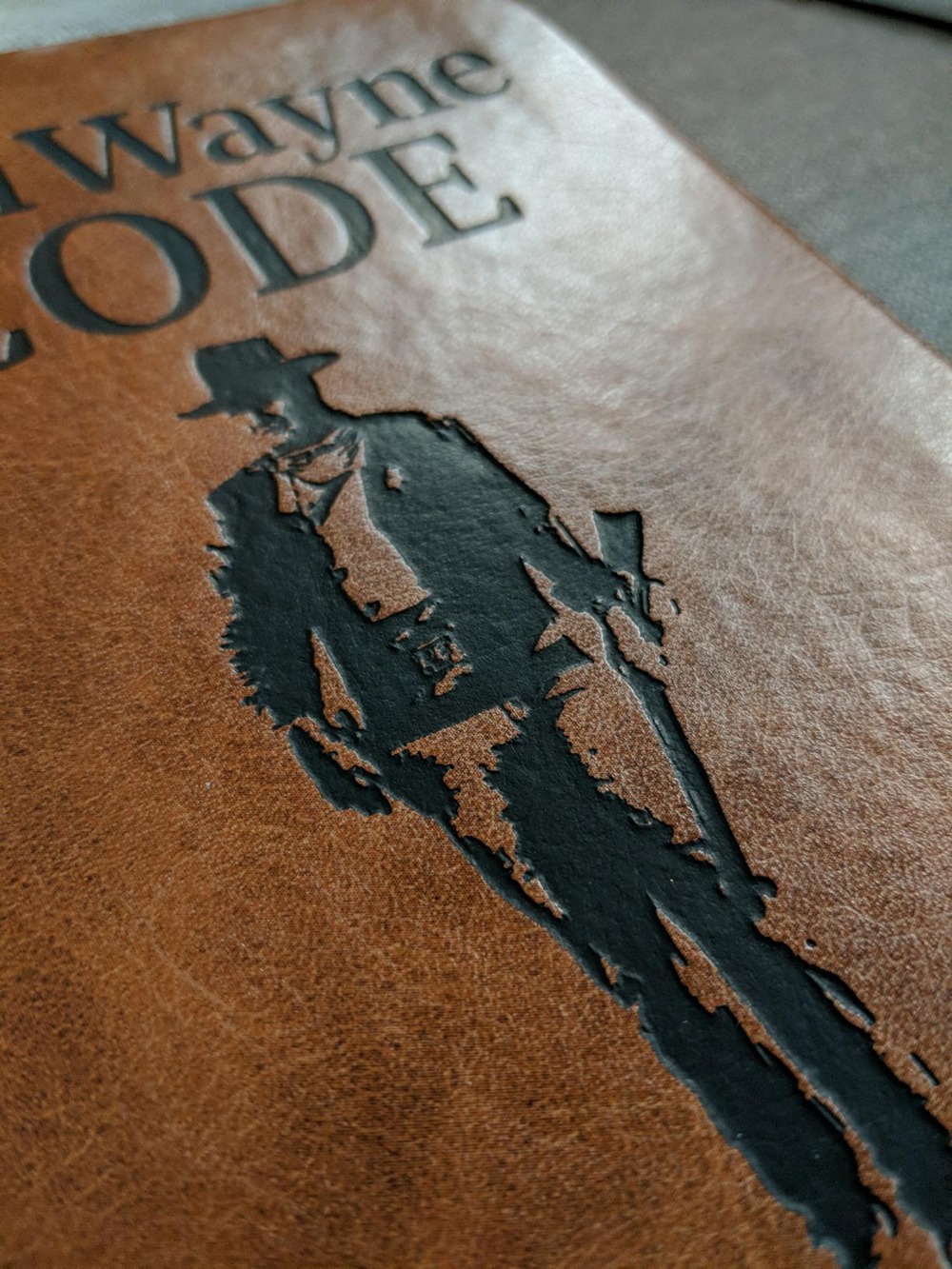 The John Wayne Code is also a perfect book for side tables in the living room area and in offices. There’s no harm initiating a few more people into the John Wayne clan.

This is not a very thick book and the reading isn’t lengthy. But the facts and tales are nice and it’s filled with hidden secrets. 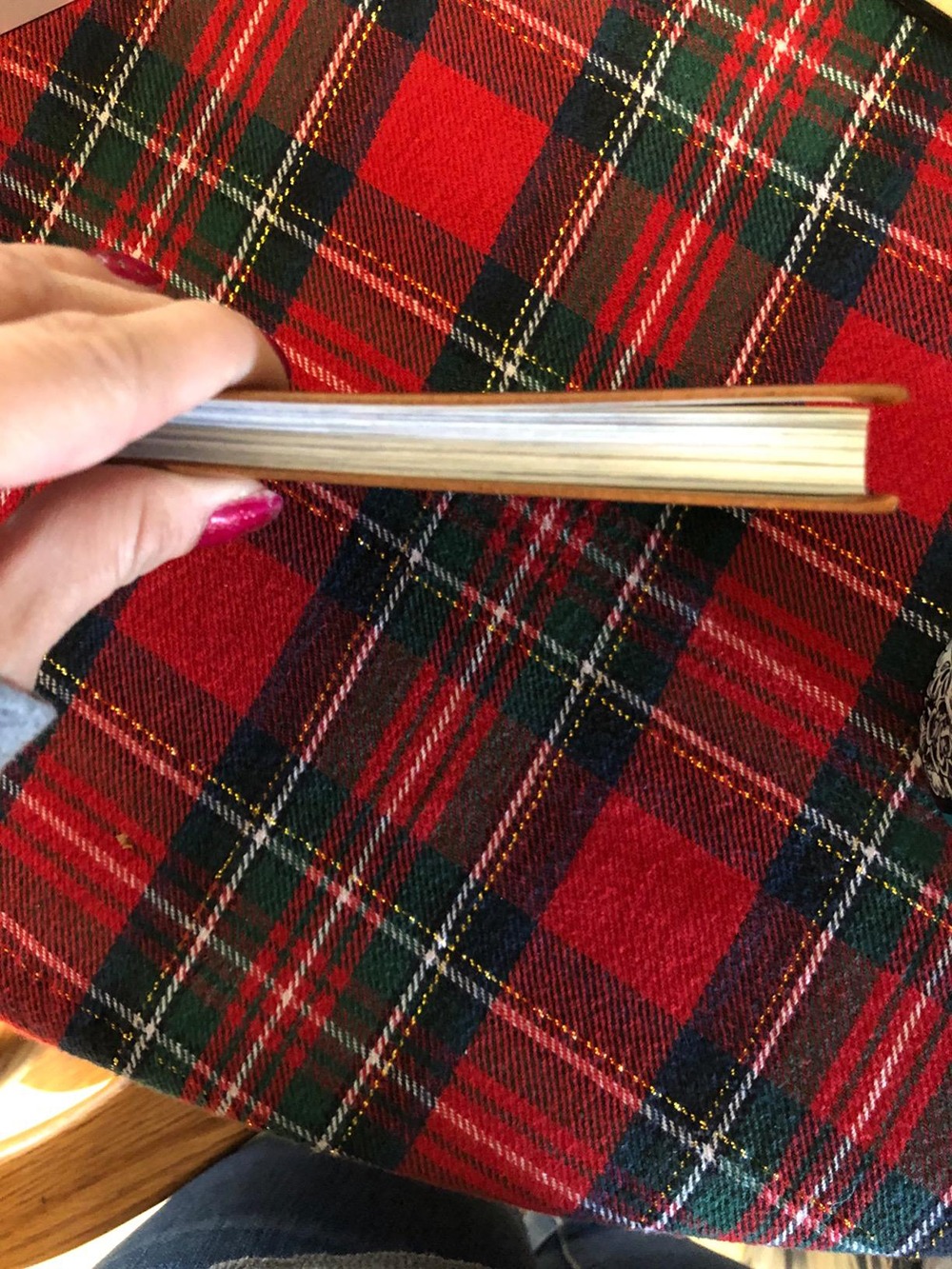