MENUMENU
Disclosure: When you buy through links on my site, I may earn an affiliate commission.
Home » Products » USB Powered Missile Launcher 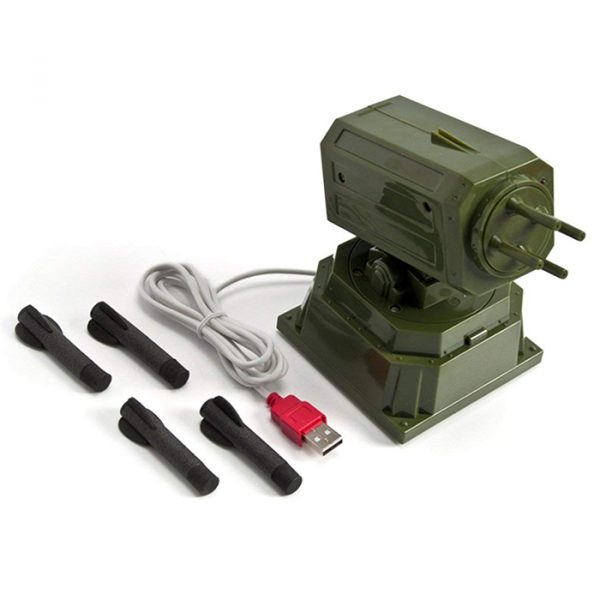 Armed with the USB Powered Missile Launcher, you become a feared terrorist in the lives of your colleagues or loved ones. The launcher shoots foam missiles that can go over 25 feet and is definitely the weapon to help you win any cubicle war!

In Garfield: The Movie, Garfield reacts when someone tries to bully the recipient of his constant bullying, Odie, and says:

Hey, nobody gets to mistreat my dog like that except me!

Yes, we all have that colleague, neighbor, sibling or friend that no one is allowed to torment except us! So we go around looking for the slightest opportunity to show a little terror because, well, we don’t want to say how much we love them.

I’ve got the perfect thing to add to your arsenal of weapons: this deadly USB Powered Missile Launcher. 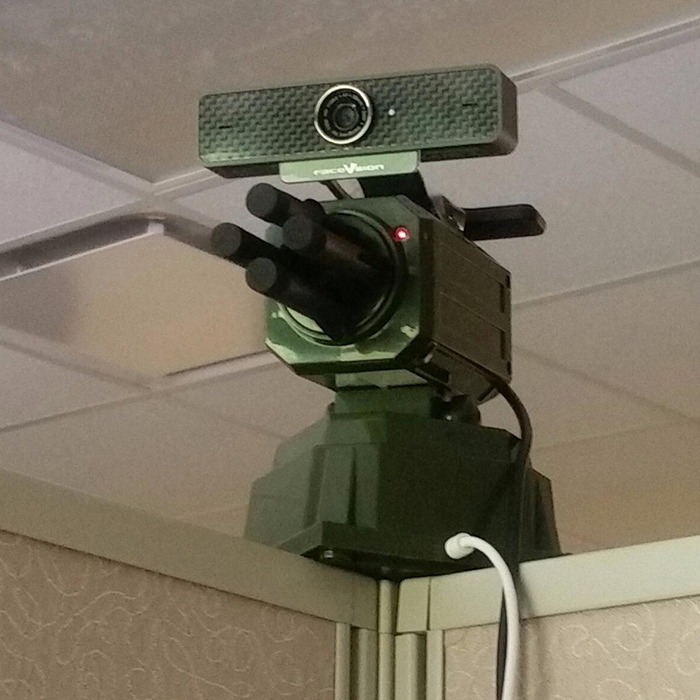 That’s right. You can mount it at the top corner of your office cubicle just like that (see above image).

With this missile launcher hanging menacingly above like that, none of your office colleagues will dare challenge you to a cubicle war. You would have established yourself as a clear and ever present danger. And one that should not be toyed with at all!

The USB Powered Missile Launcher is a foam missile launcher powered by a USB, just as the name implies. It can cover a distance of up to 25 feet.

The missile launcher has some pretty cool sound effects when you move the missile around and also when you fire shots (this can be muted though). The sound gives it some authenticity that makes you feel you are in battle, except you are the only one in the battle with any weapons at all. How unfair!

The USB Powered Missile Launcher is compatible with any Windows version. It also comes with 4 foam missiles for your mischievous pleasure. 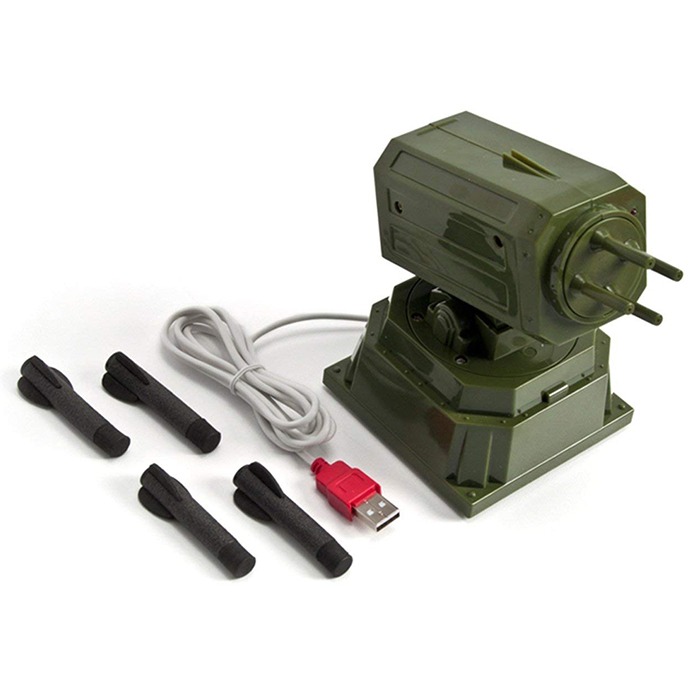 Depending on just how wicked you are, you might require more missiles. In that case you can get refills of the USB Powered Missile Launcher on Amazon. That way, you can keep reloading till all your wars are won! The missiles are also reusable, so you would not have to worry about having to buy refills on a regular basis.

The launcher also comes with a 4-inch long USB cord with which to connect the launcher to your laptop. Connect up, mount the launcher somewhere, and you’re set to start shooting everyone without apology!