WhatsApp currently does not offer a desktop client and WhatsApp cannot be integrated with services like IFTTT either (yet). This article describes how WhatsApp images on your Android device can be downloaded to your PC and uploaded to a variety of cloud storage services.

NOTE: Due to the closed nature of the iOS platform, the type of sync described here only works for Android devices. Sorry iOS users.

The first step here is to make sure your WhatsApp is set up to download photos automatically to your mobile phone’s physical memory.

To do this, Go to: WhatsApp Settings >> Chat Settings >> Media auto-download. You’ll see a screen with options like this: 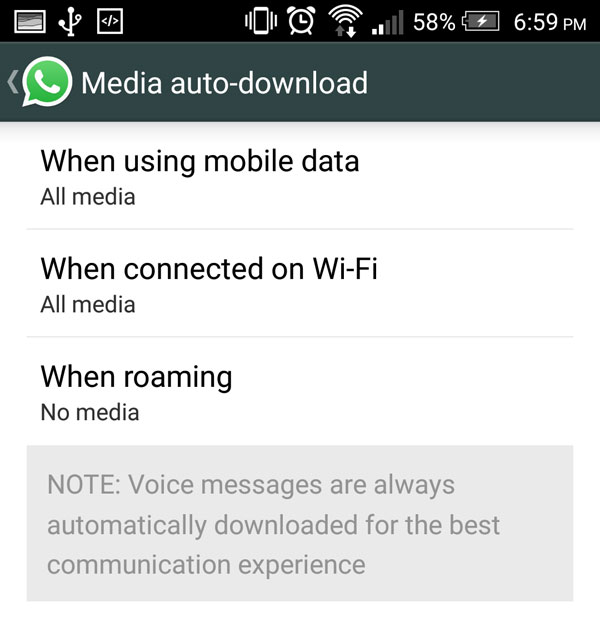 Make your selection as required. At least the “Image” option should be checked. 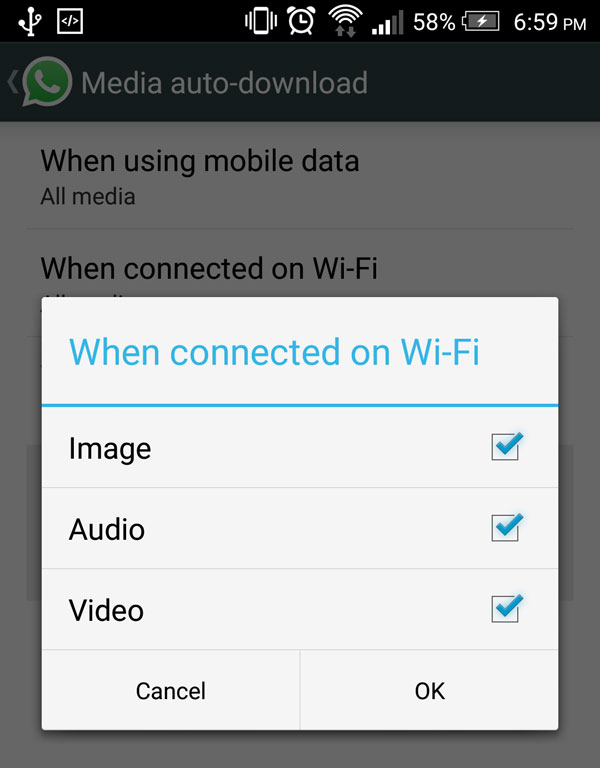 Now when a photograph is received, it will be saved automatically without you having to open the corresponding message. This really cool feature of WhatsApp, is one reason I prefer WhatsApp to iMessage. Even WhatsApp for iOS has this feature but iMessage does not.

Decide On Which Sync Tool To Use

There are a number of folder synchronization tools for the Android platform (both free and paid apps). Two such tools of interest are FolderSync Lite and Dropsync.
The links are for the free versions.

Dropsync only works for Dropbox while FolderSync supports many cloud storage and synchronization options including:

FolderSync is a highly advanced synchronization tool with lots of configuration options. If you’re an advanced user and know what you’re doing, I highly recommend that you check it out. If, however, you’re less tech-savvy and want to use Dropbox, just go with Dropsync.

NOTE: The creators of the Dropsync app also offer separate apps for synching with Google Drive and Box. Have a look at those here.

I will now explain the process for synching WhatsApp photos with PC and cloud using Dropsync. The rest of this article assumes that:

Step 1: Create a folder in your Dropbox where you want your WhatsApp photos to be saved. Or use the default “Photos” folder if you like.

Step 2: Make sure that the date, time, and timezone on your device are set correctly.

Step 3: Open the Dropsync app and press the “Get Started” button. 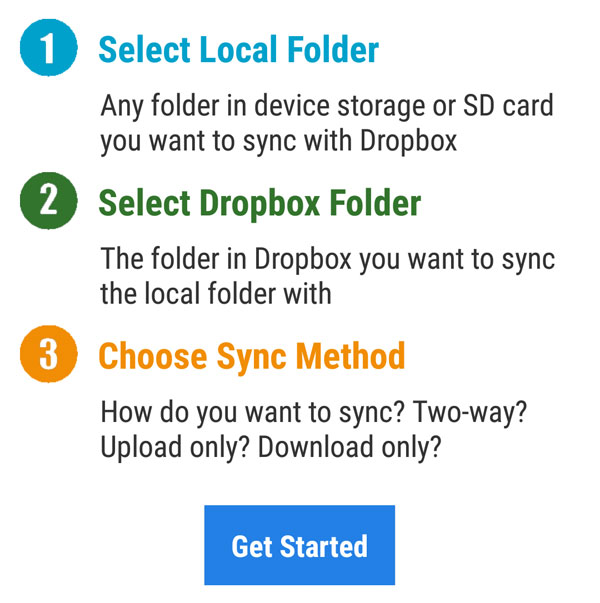 Step 4: You will be asked to connect to Dropbox. Go ahead and give Dropsync authorization to access your Dropbox account.

Step 5: Set the local folder for Dropsync to the folder containing your WhatsApp Images (as shown). This folder is: /storage/emulated/0/WhatsApp/Media/WhatsApp Images 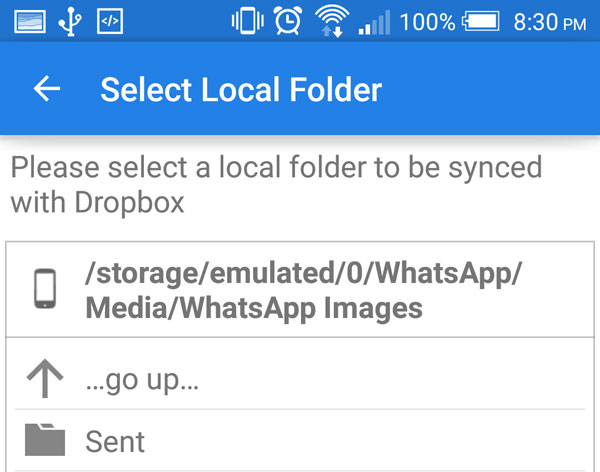 Step 6: Set the Dropbox folder to the folder you chose or created in Step 1.

Step 7: You will be asked to choose a sync method. Since you only want your WhatsApp images to be uploaded to Dropbox and not vice-versa, select the “Upload Only” option.

That’s it. The sync process will start right away! 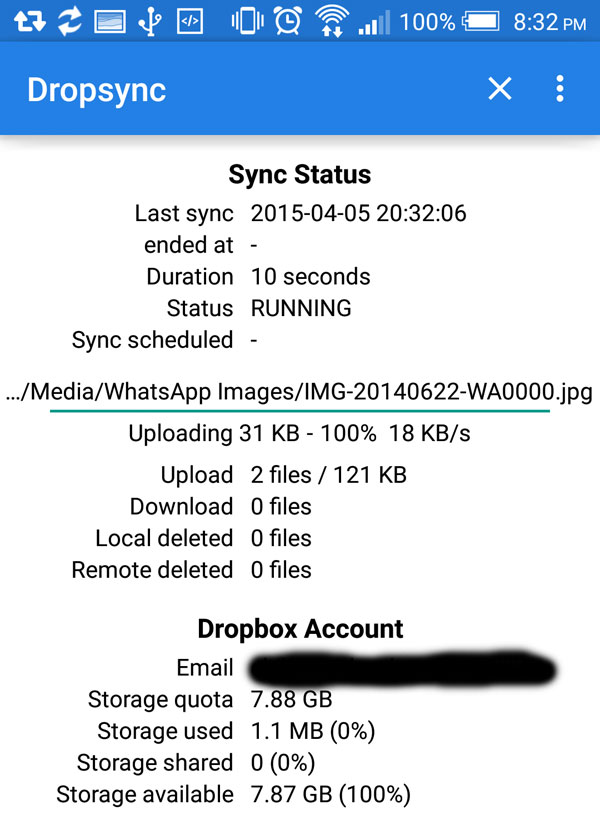 Going forward, any time you receive an image in WhatsApp, it will automatically be uploaded to Dropbox and since your PC is already setup to sync with Dropbox, the image will be downloaded there as well.

If you like, you can also go to the Dropsync app settings and adjust the autosync interval (the default is one hour).

Here's my more detailed about page.