MENUMENU
Disclosure: When you buy through links on my site, I may earn an affiliate commission.
Home » Products » Fallout Nuka Cola Quantum 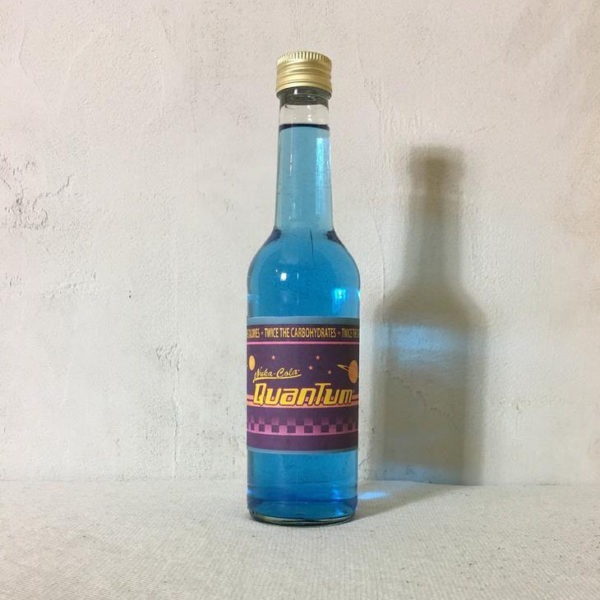 Quench your thirst like a true Fallout fan by chugging down some refreshing Nuka Cola Quantum. It has twice the calories, twice the carbohydrates, twice the caffeine, twice the taste… and a mild radioactive strontium isotope. Very healthy!

Dear lovers of the famous Fallout Game series, the real drinkable Nuka Cola Quantum was made just for you! 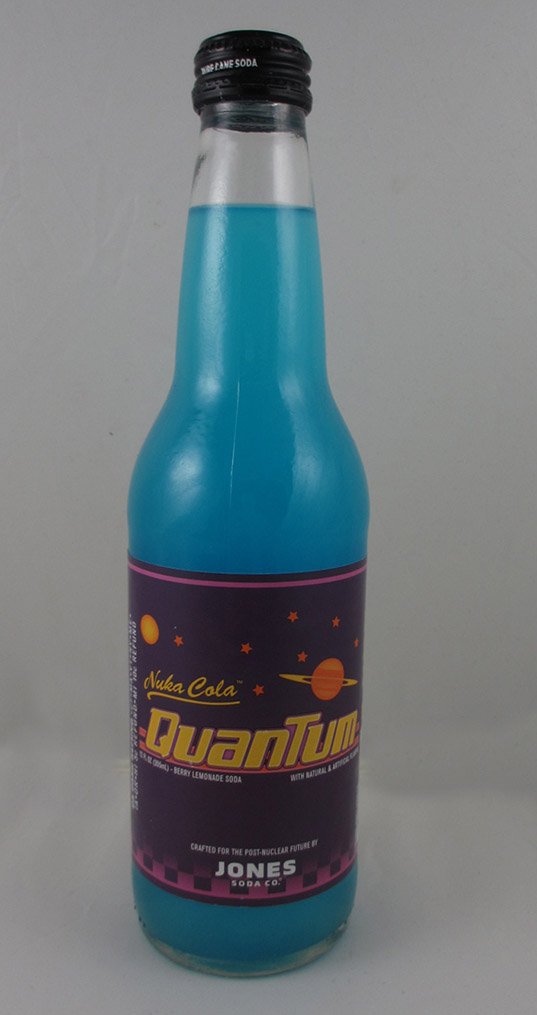 The original Nuka Cola was invented in 2044 by John-Caleb Bradberton. The Quantum upgrade was introduced in 2077. According to the advertisements, it had twice the calories, twice the caffeine, twice the carbohydrates, and twice the taste. In order for it to stand out on store shelves, and to give it a little extra kick, a mild radioactive strontium isotope and an 18th fruit (the original Nuka Cola contained 17 different fruits mixed in “just the right proportion”) was added to the Nuka Cola Quantum.

According to the rules of the video game, a sip of the Fallout Nuka Cola Quantum will increase a character’s action points by 20 for about 4 minutes. It will also increase the game character’s radiation by 10.

Mixing the Nuka Cola Quantum with Abraxo cleaner and turpentine in a tin can will create a Nuka-grenade. The Nuka-grenade is stronger than the average grenade.

Now we know that all of these effects are fantasy. You’re not really going to get any points for drinking some blue beverage, but a little role play never hurt anyone right? Plus, you don’t even have to consume it right away, you could just keep it as a memento of your favorite game series. And who knows, in a few years, it might be worth a lot more.

Transport yourself into the world of your favorite game and get the Fallout Nuka Cola Quantum today!