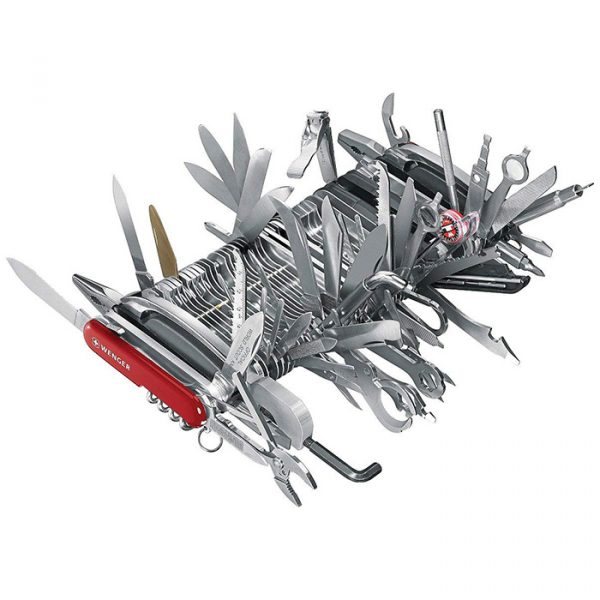 This Giant Swiss Army Knife is the most fully featured one money can buy! That’s right. With 87 tools and the ability to perform 141 functions, it holds the Guinness world record for “most multifuntional penknife”.

What do you want a tool for? What tool exactly do you need? No, I’m not getting all up in your business, I am asking because I doubt if there’s any tool you need that you would not find in this Giant Swiss Army Knife! 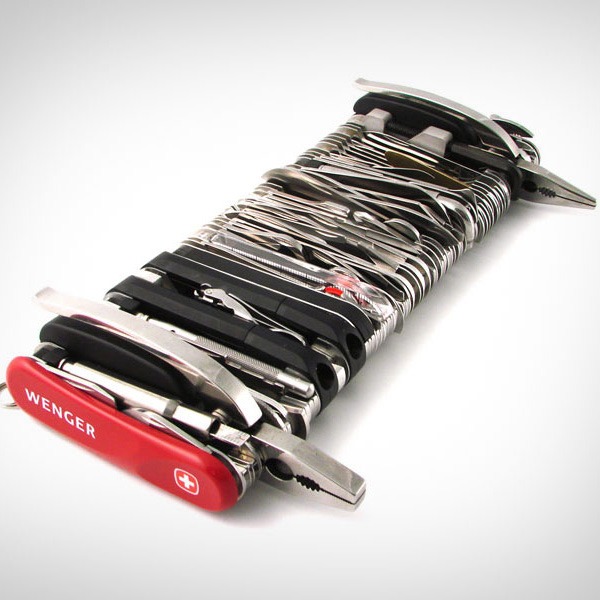 The Wenger 16999 Giant Swiss Army Knife is unarguably the biggest, most expensive Swiss Army Knife out there. With 87 tools that can perform 141 functions, you might just get lost in this fully equipped alternate universe of tools!

The Wenger 16999 Giant Swiss Army Knife holds the Guinness world record for “most multifuntional penknife”. So you can be sure it means business.

Please do yourself a huge favor and read the Amazon reviews for this product. Read the answered questions too. They are hilarious!

I’m sure you’ll come back and thank me later.

In my opinion, the only reason this product doesn’t have a perfect 5 star rating on Amazon is because reviewers are SO impressed with it that they DELIBERATELY subtract points in their reviews for reasons of sarcasm, satire, or just plain sweet humor.

To all intents and purposes, this is the very Chuck Norris of Swiss Army Knives.

I guess I can only make my point with a couple of examples:

This reviewer left a 3 star rating…

Received this knife as a gift for my 18th birthday. Wish I’d have known what it was because as soon as I touched it, I grew a mustache and became a Navy Seal. Mom fainted and my dad laughed and handed me a beer. I was born a girl.

Minus 2 stars because my breasts were really nice.

And this woman left a 1 star rating…

As soon as I found out how much my husband spent on this, I left him. Bad move. It represented him at the divorce hearing. I now pay $10,000 a month in alimony.

Have fun reading the other 555 customer reviews and 192 answered questions! There will probably be a lot more by the time you check them out.

Yes, It IS Expensive

Clearly this is not your regular Swiss Army Knife. I even think that this Giant Swiss Army Knife might be too big to actually be usable. But if you’re splurging that amount of money on this giant penknife, usability is probably not the point!

The Perfect Gift For Collectors

The Giant Swiss Army Knife is the perfect gift for collectors because of its impeccable quality of variation. It’s 87 tools in one for heaven’s sake! 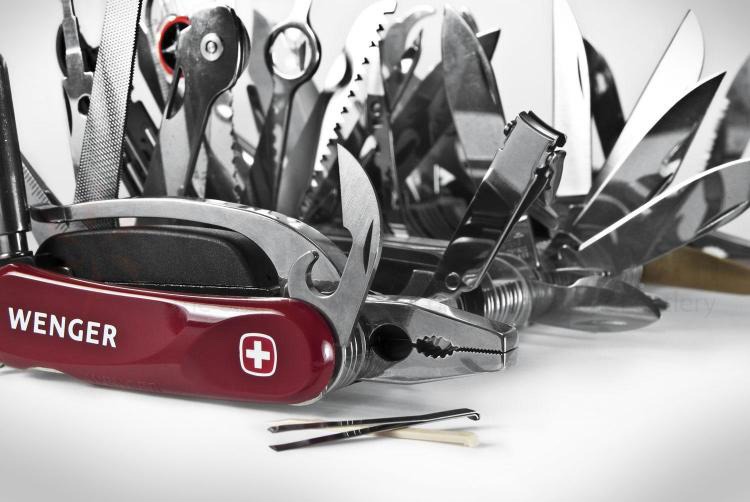 Another set of people that would appreciate this are DIYers because this would come in handy for all the experiments they are always carrying out. Even if they never use it and only keep it just to admire it, nobody would say no to a ten thousand dollar tool that promises to solve 141 problems.

If, however, you like this knife but feel it is a bit too much and want something you will actually use, you could go for the Victorinox Swiss Army Pocket Knife. It is a similar but much smaller (and cheaper) alternative. But it still comes with about 83 functions for everyday use.

But if you want something even smaller, but still ahead of conventional Swiss Army Knives, then the Victorinox Swiss Army Swiss Champ with about 33 functions should serve you quite well.