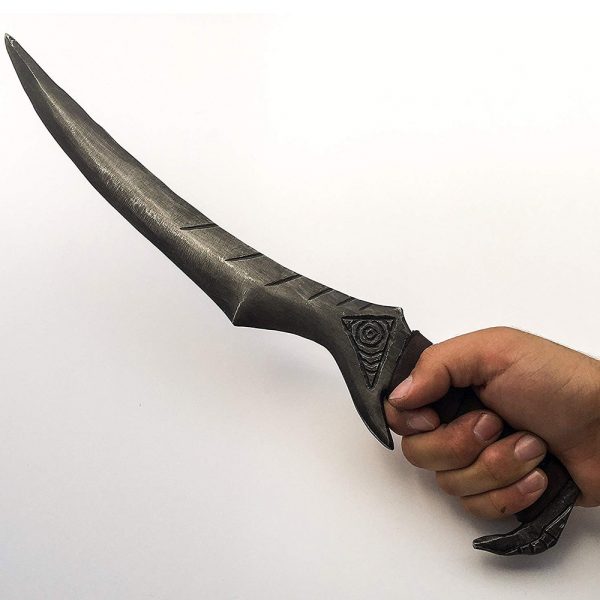 Bring The Elder Scrolls into real life with this Skyrim Blade Of Woe Replica. Handcrafted with incredible detail to look realistic, it’s a great collectible item and makes a perfect Dragonborn costume accessory for Halloween or cosplay.

The Blade of Woe is a unique and priceless dagger in the game. It can only be earned by performing brave acts such as pick-pocketing from or killing Astrid (the original owner of the dagger in the game); or at the end of the quest “Death Incarnate”. None of that is easy-peasy, but once in your possession, you can use it to kill NPCs (that is, Non-Playing Characters) in the game. And that is a big deal.

This Skyrim Blade Of Woe Replica is inspired by the dagger in the game and is as real as the real (well… virtual) thing. 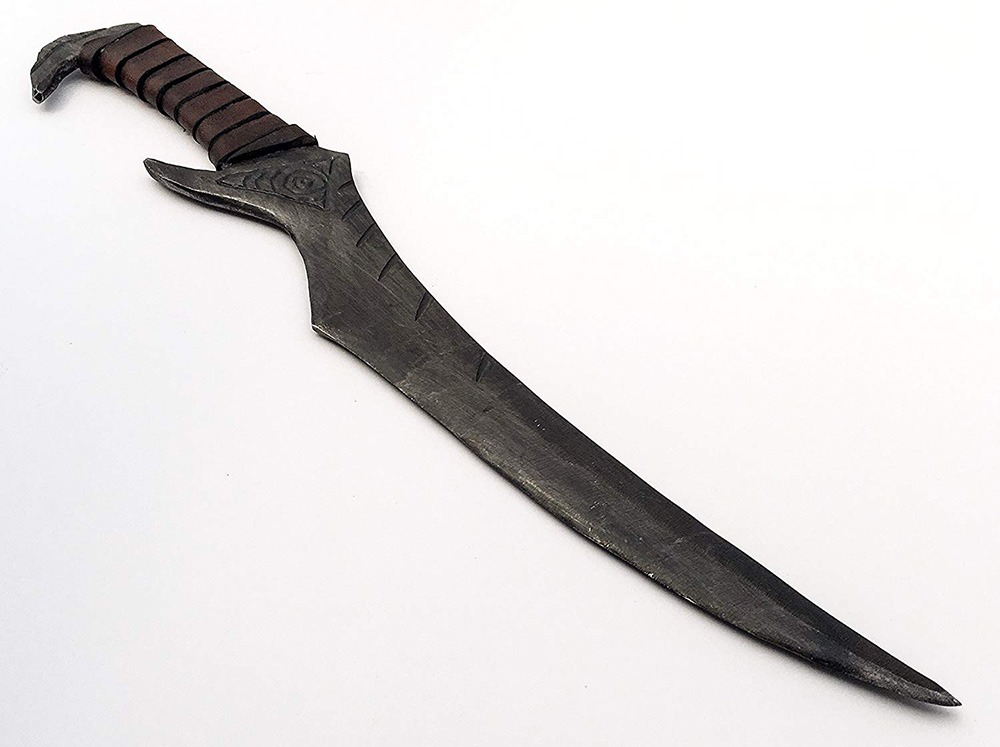 The Skyrim Blade Of Woe Replica is 100% handcrafted with incredible attention to detail. The 15″ (38 cm) long dagger looks exactly like the one in the game and would certainly give you that in-the-game feeling.

The dagger is constructed with steel that is characterized with rugged physical strength. You will not be worrying about this Skyrim Blade Of Woe Replica breaking too soon.

The handle is wrapped with a strip of stained leather giving it an authentic look. If you would rather have a faux leather grip, it is available on request.

This dagger undergoes a rustproofing process to protect it from rust. Display this on your wall as some sort of art without having to worry about it rusting over time.

Skyrim fans and gamers would absolutely love to have this Blade Of Woe Replica. It is great for collectors as well – they could hang it on their wall as a nice display piece. 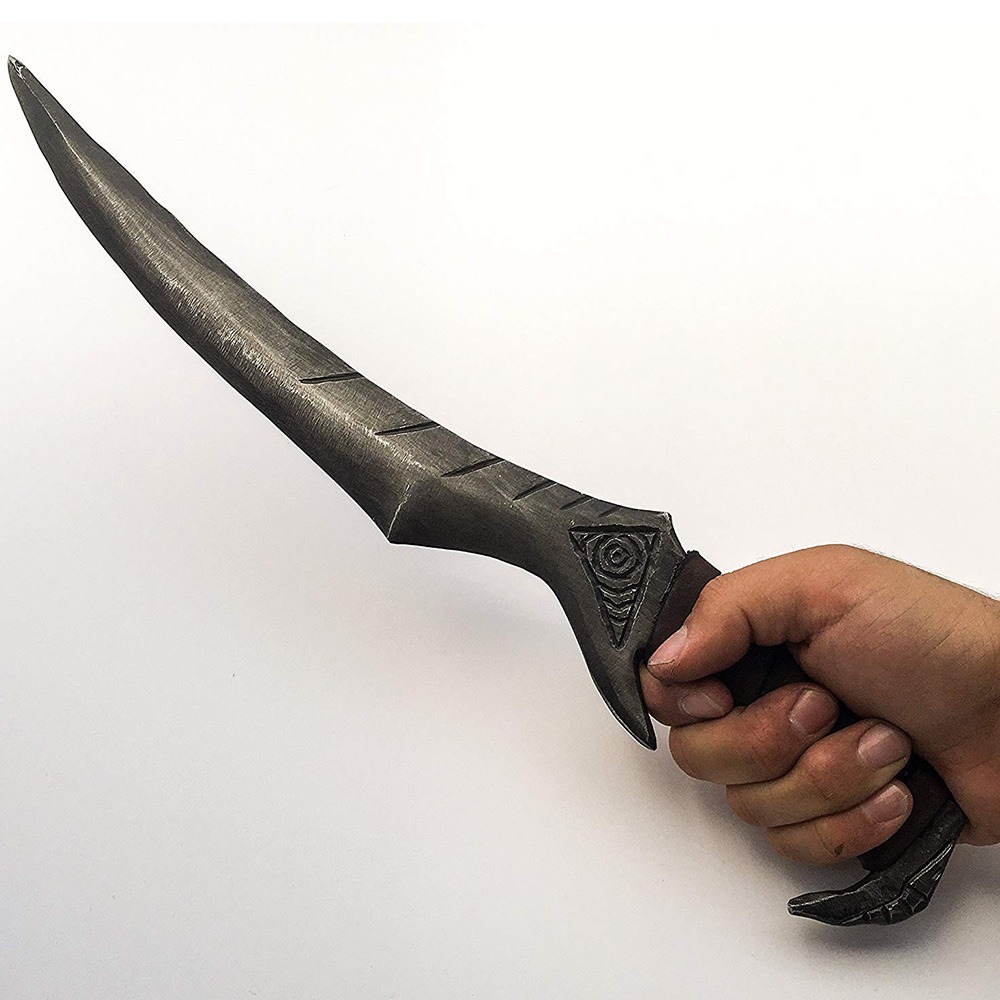 Note, however, that this dagger is not meant to be used as a weapon in any way. It is not sharp. So stick to the script and use it as either a costume accessory, a collectible, or for some other harmless reason.